Recent Australian WPGA champion and LPGA star Su Oh joins a star-studded field coming together for the Vic Open next month on the Bellarine Peninsula.

Oh along with this week’s inaugural winner of the WPGA Melbourne International, Karis Davidson and recent LPGA convert, Steph Kyriacou, will head to 13th Beach Golf Links from February 10-13 for the popular mixed-gender event. 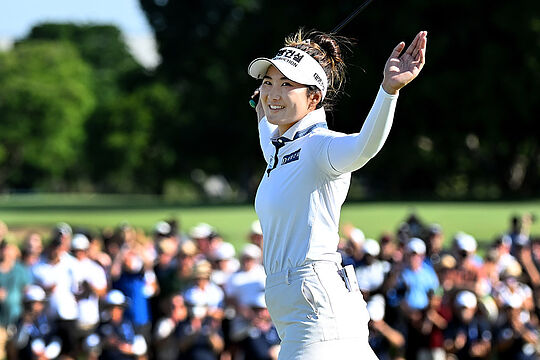 While Oh has returned to the US for this week’s Gainbridge LPGA tournament in Florida, she has already confirmed her return trip to Australia in time to compete for the much-sought after trophy.

“I might be a bit jetlagged, but I just love this event and I know the course well. I’ve played so many times in a row now and I wanted to keep that streak going. I’ve been close a couple of times so it’d be nice to win the event because the way it’s set up has been so good.”

A field of 144 men and 72 women are slated to compete before being whittled down to the top 35 men and 35 women and ties to play on Sunday. Both the men’s and women’s fields are playing for an even share of the $820,000 purse.