Brooke Henderson won the Meijer LPGA Classic on Sunday to break the Canadian record for LPGA tour victories with her ninth victory.

The 21-year-old Henderson led wire-to-wire for her second victory in three years at Blythefield Country Club, closing with a 2-under 70 to hold off Lexi Thompson, Nasa Hataoka, Brittany Altomare and Australia’s Su Oh by a stroke.

“That’s really cool,” said Henderson. “Earlier this year to get my eighth win and to tie that record was a huge deal for me. To now to kind of breakthrough that is awesome. I’m just really excited for the rest of the summer and hopefully many more wins in the future.”

Henderson broke a tie with Sandra Post for the Canadian record on the LPGA Tour and also moved ahead of George Knudson and Mike Weir for the overall country mark.

For Oh, who turned professional in 2016, it was a narrow miss for her maiden LPGA tour title but her equal best finish so far this season on tour at the Victorian Open, after a number of missed cuts. 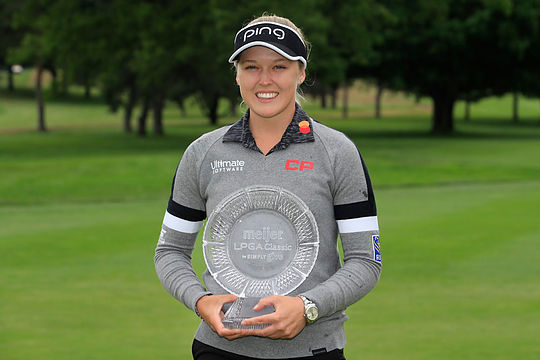 Minjee Lee finished in a tie for 16th position, Katherine Kirk was in a share of 30th position. Sarah Kemp, Hanna Green and Robin Choi all missed the weekend.