The field for the 2013 Gloria Jean’s Coffees NSW Open, to be played at Castle Hill Country Club from 21-24 November, is quickly taking shape with an impressive list of entrants featuring some regular PGA TOUR players.

Nick O’Hern has confirmed that he will contest the PGA Tour of Australasia title and will be one of the headline attractions among a growing list of players currently playing on Tours across the globe. 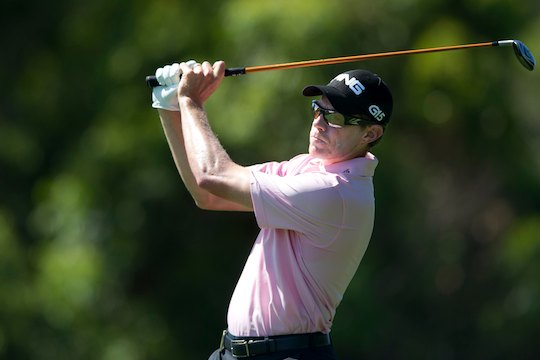 “I remember playing a Cannon Challenge at Castle Hill Country Club and I thought it was a great parkland layout,” said O’Hern.

“It will be an ideal preparation leading into the Australian Open and I am now bringing my family down for the week as well.”

O’Hern has amassed in excess of $7.4million in career earnings on the PGA TOUR and with a season best tenth placing at the St. Jude Classic in June, he will be looking to add his name to the famous trophy as well as gain momentum for the Emirates Australian Open to be held the following week.

“It would be a great way to finish my year off with a win before heading back to play the Web.com Tour next year,” added O’Hern.

“Each tournament is a step towards my goal of getting back to the PGA TOUR in 2015.”

Another player heading back from the PGA TOUR is Steven Bowditch. His year was highlighted with a second place finish at The Greenbrier Classic, which helped him finish 120th in the FedExCup standings, qualify for The Playoffs and retain his card for 2014.

Winner of the 2010 NSW PGA Championship, he will be keen to add the NSW Open to his list of victories to complete the state double.

Joining O’Hern and Bowditch will be past NSW Open champions in Peter O’Malley, Terry Price, Adam Crawford and Aaron Townsend.

They will do battle with some of the country’s best young talent on the challenging Castle Hill layout, all eager to have their name etched alongside legends of the game.

James Nitties, Nick Flanagan and Ashley Hall, along with recent PGA Tour of Australasia winners Jack Wilson and Josh Geary can all be expected to be in contention come Sunday afternoon.

The 2013 Gloria Jean’s Coffees NSW Open will be played at Castle Hill Country Club from 21-24 November.