Ok holds off Kim for first win in Korea

Ok prevailed after carding a 3-under-par 68, for a tournament total of 15-under-par. Bio also carded a final round 68. American Trevor Simsby fired a 67 for sole possession of third. 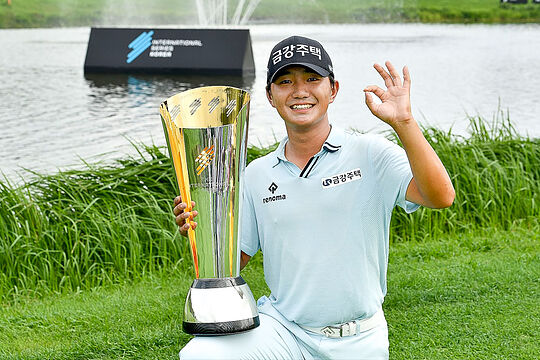 At 23, Ok claimed his first Asian Tour win and first main professional title since turning professional five years ago. Ok’s best performance since starting his professional career on the 2018 Korean Tour was second place at 2021 Bizplay-Electronics Times Open. This season on the Korean Tour, he has collected six top-10 results and recorded third place at Descente Korea Munsingwear Matchplay in May.

In richly pursed tournament via the rebel LIV Golf League and with a number of LIV players competing, Ok pocketed a tidy USD$270,000 and moved to 5th in the International Series.

The winner of the International Series Order of Merit (separate to the Asian Tour Order of Merit) will earn a place in the 48 player LIV Golf League for 2023.

Todd Sinnott finished the best of the Australians in a share of 15th position at 8-under, followed by Travis Smyth in a share of 25th position. Smyth is currently 6th on the International Series Order of Merit, due mainly to his big payday a few months back in England. Sinnott is currently placed 15th.