The oldest US Masters champion, Doug Ford, who won a Green Jacket in 1957, has passed away.

A 19-time winner on the PGA Tour, as a young man Ford wanted to play baseball for the New York Yankees…until his father set him straight after he had been offered a spot in the Yankees’ farm system in South Carolina for $30 a week. 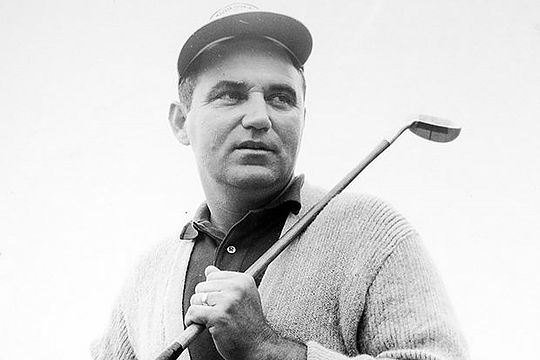 “My Dad said to me: ‘how long will you last playing baseball?’, Ford related when he was being inducted into the Golf Hall Of Fame in 2011.

Ford died on Monday night although details of his death were not immediately available.

Ford won the 1955 PGA Championship and then two years later won the Masters when he shot 66 in the final round to rally from a three-shot deficit behind Sam Snead.

Ford was the PGA Player of the Year that season. He collected the first of his 19 tour victories in 1952, and his last in 1963.

He played on the Senior Tour when it began in 1980, and twice won a division for older players at the Liberty Mutual Legends of Golf.

Still Ford made his name in an era when prizemoney for professionals was so small that he earned most of his cash by gambling during practice rounds.

“I said, ‘You should have played when I played, when you’d have that length of putt for $100 to get to the next town.’ That’s pressure.”