Olympic full of surprises for US Open

Tiger Woods has already won twice this year, most recently at last week’s Memorial with a ball-striking clinic and a chip shot that brought back some of that magic.

Will the fourteen time Major winner end his four-year major drought with a record-tying fourth US Open come Sunday at The Olympic Club? 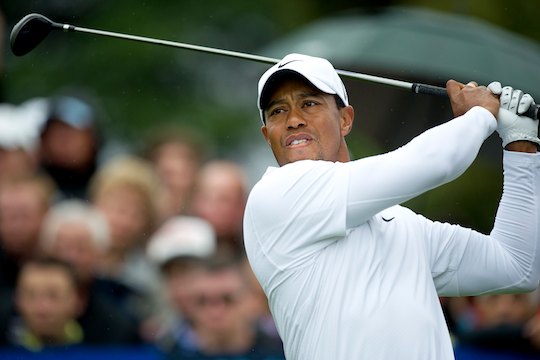 History suggests that nothing ever turns out the way anyone expects when the US Open goes to The Olympic Club – a golf course built on the side of a hill just south of the Golden Gate Bridge in San Francisco.

One difference between Olympic now and in 1998, the last year it held the US Open, is the length.

Some of the fairways have been modified and moved to make accuracy off the tee vital. The greens have also been resurfaced.T

“It’s going to be a hell of a test,” Woods said following his first practice round on Monday.

Then again, that’s what the US Open is supposed to be. The only safe bet is that Olympic won’t be a pushover for any player.

Woods’ form couldn’t be any better and it’s great to see the former world number one entertaining the galleries and doing what only Woods does best.

Woods’ 2008 US Open victory at Torrey Pines his last major title and no golfer has been able to separate himself from the pack as a consistently dominant player in Tiger’s absence, particularly in the major tournaments.

He is desperate to win his 15th major and get back on track in pursuit of the record 18 won by Jack Nicklaus. But Woods is not the only player in need of a major.

Luke Donald is going on his 47th week as the world number one but has yet to secure a major title. Lee Westwood and Steve Stricker head the list of the best without a major, along with Sergio Garcia.

Sure the golfing world has changed since and the tour has become more competitive, but Woods has that special ability to rise to the occasion when the heat is on and none more so when a major title is up for grabs.

Woods is certainly primed to take his game to another level and what better forum than at the US Open.

The Olympic Club has dished out a few upsets over the years in US Open history and this is unlikely to change if the passage of events over time is any indication.

Predicting that Woods is a firm favourite is fraught with risk, you only have to look at past Opens at Olympic.

In 1955 Jack Fleck, a council course pro from Iowa, rallied from a two-stroke deficit to force an 18-hole playoff against the great Ben Hogan.

On the 18th hole in the playoff, Hogan hooked his drive into the deep rough and wound up with a double bogey, while Fleck shot a par on the hole for a 69 that caused one of the great upsets in golf history.

In 1966 Arnold Palmer held a three-stroke lead over Billy Casper at the start of the final round and moved it to seven entering the final nine holes, but Palmer bogeyed five holes down the stretch which resulted in a 18-hole playoff.

During the playoff Palmer led by two at the turn, but then proceeded to bogey 11, 14 and 15 and then double-bogeyed the 16th with Casper carding a 69 for a four stroke victory.

But over his final 15 holes, Janzen made four birdies and no bogeys for a 68, while Stewart sank with a 74. Janzen won the US Open over Stewart by a stroke but never won another golf tournament after his triumph at Olympic.

The stage is set and as history has shown The Olympic Club bring even the best player to his knees.

Danger looms at every hole and this year’s US Open is bound to deliver a few surprises – particularly down Olympic’s closing holes.