OneAsia Qualifying School winner Australian Gavin Flint collects his “big bonus” for that victory in February when he tees off in this week’s US$3.3 million Volvo China Open.

The 33-year-old Australian was rewarded for his triumph in Q-School at Kuala Lumpur’s Templer Park Country Club with spots in every OneAsia tournament this season, starting with the cash-rich Volvo China Open at Tomson Shanghai Pudong Golf Club. 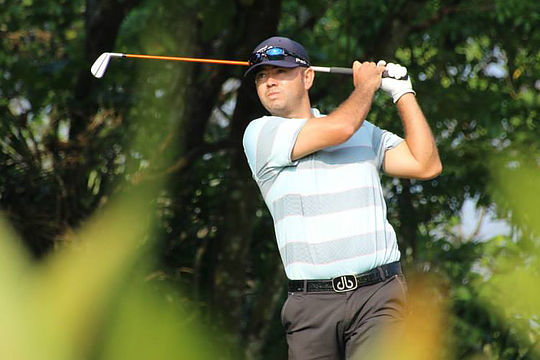 Along with Ryan Dillon, winner of the OneAsia Qualifying School in California, Flint will face a host of OneAsia and European Tour winners starting this Thursday and he is looking forward to the experience.

“It is a big bonus to play in such a big event by winning the Q-School – (it is) a great opportunity,” said Flint, who edged Korean An Do-eun on the second hole of a sudden-death play-off at Qualifying School.

“I have a busy year of tournaments ahead and I am really looking forward to getting the OneAsia season underway.”

Flint has prepared for the season opener with outings on the PGA Tour China and the Asian Development Tour and he is happy with his game.

“My game is improving – there have been some promising signs my past couple of events,” he said.

Flint is no stranger to competing in China and at this week’s venue, where he played the Asian Open in 2007 and 2008, and hopes that familiarity will pay dividends.

“I am confident in the way I’m playing. I have played a lot in China so I am looking forward to competing and seeing how I fare.”

The Volvo China Open is organised by the China Golf Association with Volvo as co-organiser and promoter, and is co-sanctioned by OneAsia and the European Tour.