Louis Oosthuizen ended a 33-month winless run by securing victory at the South African Open for the first time on Sunday with a six-shot victory at Randpark Golf Club in Johannesburg.

The 36-year-old South African closed with a four-under-par 67, shrugging off a poor start to eagle the 14th and finish at 18-under, well clear of runner-up Romain Langasque from France.

The 2010 Open champion last tasted victory on the European Tour was in 2016 when he won the Perth International in Western Australia.

“I wish the family was here,” said Oosthuizen, who fought tears just off the 18th green.

“The crowd was great this whole week. It was nice to do it for them. I knew today was either going to be very special or heartbreaking.” 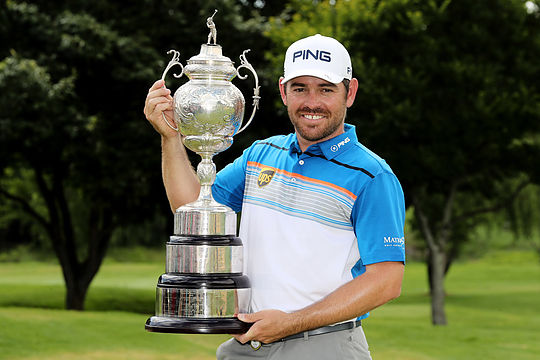 “I know there’s only a few that have won the [British] Open and the SA Open so I’m very chuffed to have my name on this. This feels very special. This is perfect.”

The win will propel Oosthuizen‚ South Africa’s highest ranked golfer‚ well inside the top-30 in the world.

Four players shared 3rd position at 10-under, locals Thomas Aiken, Bryce Easton, Charl Schwartzel and England’s Oliver Wilson. David Gleeson was the best of the Australians finishing in a share of 65th position at 3-over.

Queensland’s David Gleeson was the only Australian to make the cut in a share of 65th place.

The European Tour now heads to the €1,500,000 Alfred Dunhill Championship at Leopard Creek Country Club, east of Johannesburg, for the final tournament of the year.