Louis Oosthuizen has captured his 13th pro career victory on a fourth continent with victory in the ISPS HANDA Perth International at Lake Karrinyup Country Club.

The World No. 21 came into the final day with a three-shot lead and, while he was briefly caught on the front nine, the South African cruised to a closing 71 to finish on 16 under, one shot ahead of Frenchman Alexander Levy. 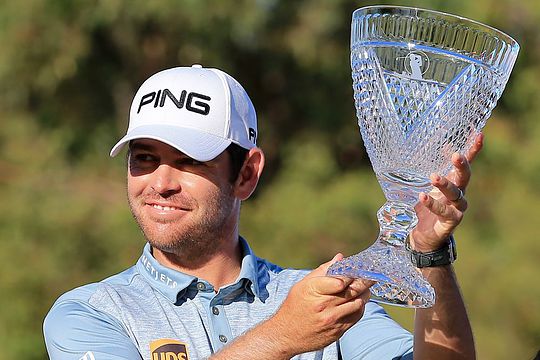 Local favourite Jason Scrivener had been the man to rein in Oosthuizen earlier and he signed for a 69 to finish third, with Grégory Bourdy and Peter Uihlein a further shot back on 13 under.

The win sees the 2010 Open Championship winner move ahead of countryman Branden Grace and back into fourth place for South African wins on the European Tour, and makes it six wins in 11 events for the Rainbow Nation this season.

“I missed the greens on the second and third and was a little rattled after that but I settled in nicely and went back to just hitting greens and giving myself opportunities,” he said.

“I had a good stretch seven through to 12 and settled myself there and left myself with a vicious first putt on the last but luckily I had three.”

“I love Perth and the golf course. It’s somewhere I would love to come back to. It’s a great course to play.”

“This is a great start building up towards Augusta. I’ll take a lot out of this week and things that we’ve done.”

Oosthuizen saw his three-shot overnight lead quickly cut to one thanks to a bogey on the second as Scrivener and American Uihlein made early gains, with France’s Romain Wattel holing a brilliant putt for eagle on the third.

Scrivener briefly had a share of the lead as he got up-and-down from a bunker on the seventh but Oosthuizen repeated the trick from the same hazard just minutes later to get his nose back in front.

That birdie seemed to spur the 33-year-old on and he put his tee-shot on the par three next to seven feet and rolled in the putt to get to 16 under.

That was enough for a three-shot lead when Scrivener left his par putt on the ninth short but Uihlein, after brushing the hole on numerous occasions, got one to drop for a birdie and the gap was two at the turn.

Scrivener, Uihlein and Wattel all saw their challenges fade down the back nine and when Oosthuizen put his tee shot to ten feet on the 12th, the lead was four shots.

Levy hit a brilliant second into the 18th to set up a birdie and sign for a 66, meaning Oosthuizen had a two-shot lead to protect up the stretch, which he did with a single bogey on the last.

Levy’s closing round contained eight birdies but was damaged by a double-bogey on the sixth, while an impressive birdie-birdie finish helped Scrivener to third.

Frenchman Bourdy was right on the cut-line at the halfway stage but went 65-66 over the weekend, a contrast to Uihlein who cut a frustrated figure making a second consecutive 71.

Wattel finished at 12 under, a shot clear of Perth native Brett Rumford, with Singapore’s Mardan Mamat at ten under.