If a crow could fly from Sydney to Carnoustie it would travel some 16,800kms as that is the distance from the famed Harbour City to the venue next July of the 147th Open Championship.

This week’s Australian Open will see the commencement for worldwide qualifying into the 2018 Open Championship at Carnoustie. The leading three players, who finish in the top 10 and ties and who are not already exempt, will qualify for the Open at the renowned Scottish links from 15-22 July 2018. 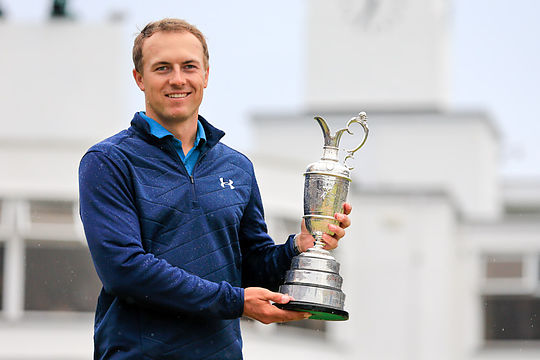 Reigning Open Champion Jordan Spieth is bidding to win his third Australian Open title this week and will return as defending champion after defeating Aussies Cameron Smith and Ashley Hall in a three-way play-off at Royal Sydney last year.

“Lifting the Claret Jug at Royal Birkdale, knowing I had accomplished a lifelong goal of mine to win The Open, is something I’ll never forget,” said Spieth who brought the Claret Jug with him to Sydney.

The R&A advised a total of 46 places in the Open are available through the Series, which provides golfers with opportunities to qualify at events around the world on the PGA Tour, the European Tour, the PGA Tour of Australasia, the Asian Tour, the Japan Golf Tour, the Korean Tour and the Sunshine Tour.

The KOLON Korea Open, which is organised by the Korea Golf Association, will be part of the Series for the first time in June next year and two places will be available in golf’s most international major championship to the leading non-exempt players.

Johnnie Cole-Hamilton, Executive Director – Championships at The R&A, said: “The Open Qualifying Series presents players with some wonderful opportunities to secure a place in The Open through leading Tour events around the world. The Open is one of the world’s great sporting events and we pride ourselves on achieving a truly global field of 156 players.”

Three places in The Open will be on offer at the Joburg Open next month, which will be played at Randpark in Johannesburg for the first time, while four places at Carnoustie will be available at both the SMBC Singapore Open at Sentosa Golf Club in January and the Gateway to The Open Mizuno Open at The Royal Golf Club in Japan in May.

On the European Tour, three places each at the HNA Open de France, the Dubai Duty Free Irish Open presented by the Rory Foundation and the Aberdeen Standard Investments Scottish Open will be on offer.

On the PGA TOUR, The National and the Greenbrier Classic will each have four places available, with the final place at Carnoustie to be secured at the John Deere Classic on the eve of The 147th Open.