Australian Scott Barr has sadly missed a golden opportunity for victory on the Asian Tour after holding a three-shot overnight lead in the Yeangder Tournament Players Championship (TPC) in Taipei on Sunday.

Singapore-based Barr shot a two-over par round of 74 to finish at 11-under par for the tournament, a shot behind Spain’s Carlos Pigem and Japan’s Shunya Takeyasu who went into additional holes to determine the winner. 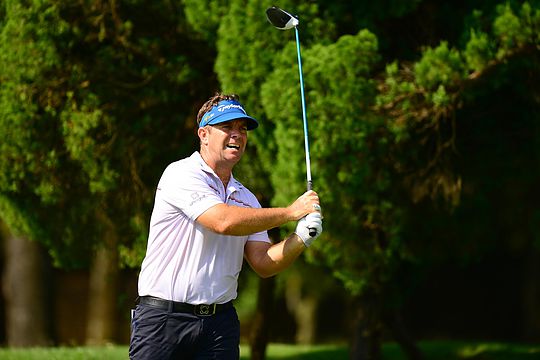 In the end, it was an emotional Pigem who sunk a birdie putt on the first extra hole to defeat the Japanese player to lift his first professional title.

“I’m really at loss for words. I cried when I sunk that birdie putt on the play-off hole. That feeling of winning my first professional title here at the Yeangder TPC is simply indescribable,” said Pigem.

“I had the advantage (in the playoff) when I managed to hit my second shot onto the fairway and that took a little pressure off me after seeing Takeyasu’s ball land in the rough. I told myself I can win this when I stepped up to take the putt. “

“It was in a similar position as regulation play. I made a birdie there and I can do it again. True enough, I did it.”

It was also the case of a missed opportunity for Malaysia’s Nicholas Fung, who looked poised for his maiden breakthrough on the Asian Tour until two bogeys on 15 and 17 undid all his good work. The Malaysian missed a birdie putt on the 18, which would have given him a play-off spot and he ended the week tied for third with Barr.

Sam Brazel shot an even par round of 72 to finish at 9-under in a share of 10th place, a shot ahead of Michael Wright (T13th) with Adam Groom and Terry Pilkadaras (T29th) the next best placed Australians in the field.