A week after Geoff Ogilvy wrapped-up his PGA Tour card and Adelaide’s Wade Ormsby has gone closer to achieving the same on the European Tour.

Ormsby bravely collected this second top-10 result in succession, and his third of the year, in sharing sixth place at the Made in Denmark. 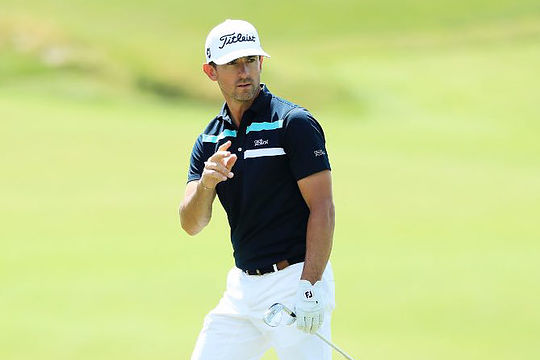 The 37-year old had stormed to a share of the lead on day one in the Danish event thanks to sizzling 64 and while he shot a day two 72, Ormsby superbly regrouped to add subsequent rounds of 67 and 69 for a 12-under par tally.

American Julian Suri fired a stunning 64, to win by three strokes at 19-under par in only his seventh European Tour event.

Overnight leader England’s David Horsey imploded down the last and was forced to take a penalty drop when his second shot found a hazard on route to a triple bogey ‘7’.

What’s In The Bag – Wade Ormsby

Horsey (70) was second on 15-under par while Ormsby was among four tied on sixth and seven adrift of Suri.

Ormsby had travelled over 16,000km after sharing 5th place in the co-sanctioned Fiji International to Denmark but lying still outside the top-115 that would be guaranteed membership for the 2018 season.

However, Ormsby has jumped to 89th on the Race to Dubai money list and is seeking not only a long overdue first Tour success, but also to record his best season on the European Tour since being ranked 51st on the money list in 2014.

And boosting Ormsby’s assurance of earning 2018 Tour membership is that he is also ranked fourth on the Rolex Series ‘Finals Access List’ of top-10 players (not otherwise exempt) and who will automatically earn Tour membership at the conclusion of the season.

While Ormsby is ranked 66th overall on the Rolex Series, and that runs concurrent with the Race to Dubai, the Tour has offered this additional membership ‘carrot’ for the likes of Ormsby and others who do not qualify for what the Tour describes as the ‘most lucrative’ events such as the four Majors, the four WGCs and the six-event new Rolex Series.

And with Ormsby is now inside the top-115 he still has guaranteed starts in at least eight of the dozen events remaining on the 2017 Race to Dubai schedule to move further up the standings and also break into top-60 that would qualify him for the season-ending DP World Tour Championship.