This time last week, Wade Ormsby was grinding his way around Torrey Pines at the US Open where he finished in a respectable 40th place.

A week later and a quick flight over the Atlantic for the BMW International Open in Germany and the South Australian is now sharing the lead alongside Sam Horsfield, Masahiro Kawamura, and Spain’s Sebastian Garcia Rodriguez. 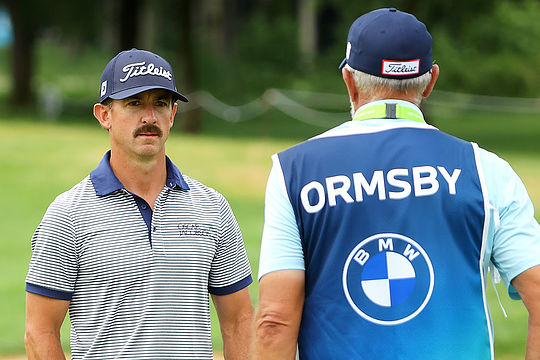 Ormsby set the pace with a bogey-free 65, however, the trio sitting alongside him on 7-under will be forced to return in the morning to complete their first rounds along with 54 other players.

“I was definitely upside down yesterday,” the 41-year-old said when asked about his jet lag.

“I got a few hours sleep last night, so I feel much better today but yesterday I thought I was going to be in trouble for the week but somehow it sorted itself out.”

“I had a nice start. Holed a few putts. I have been swinging pretty good the last week and a half but the putter hasn’t been co-operating, but it did today, so that’s how you can shoot those numbers.”

Western Australian Min Woo Lee sits another shot back following a round of 6-under 66 while Australian Open runner-up Dimi Papadatos shares 10th place at 5-under.