Victoria’s Brett Coletta has secured a top-10 finish in the St Andrews Links Trophy in Scotland to be the best of the Aussies with a 6-under-par total and six strokes off winner Irishman Conor O’Rourke.

O’Rourke pulled off a major surprise on Sunday when he completed an impressive wire-to-wire victory to claim his first major amateur title. Ranked 1245th in the World Amateur Golf Ranking coming into the tournament, the 24-year-old closed with rounds of 71 and 70 on the Old Course to win by a stroke on 12-under par. 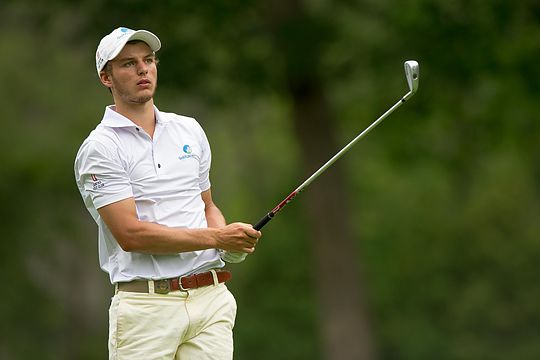 For O’Rourke, not even an Irish international squad member until this season, it was a dream come true to win his first significant tournament in amateur golf at the home of the game.

“To win is fantastic, to win my first proper tournament here is just unbelievable,” he said. “The only thing I’ve won before was a wee scratch event in Ireland. I’m just relieved I managed to keep my head together.”

Overall there were a number of impressive performances by the Australians following Cameron John’s win a week earlier at the Scottish Stroke Play title.

David Micheluzzi finished at 4-under to share 13th position, Travis Smyth was a shot back to secure a share of 15th position and Blake Collyer rounded out the top-20 finishing at 2-under.

Scotland’s Walker Cup cap Ewen Ferguson showed his best form of the season in finishing outright third on 10-under after a final round 71.

“I was pushing too hard at the start and putting too much pressure on myself, and it was only when I hung back that I started to play as I can,” he said. “I’m pretty happy with my form coming into the main part of the season.”

Two more of the Scottish international squad, Calum Fyfe and Jamie Savage, both with final round 69s, finished in a share of fourth place on 9-under with France’s Victor Veyret, who had the best final round of 67 moved 20 places up the leaderboard.

Of the remaining Aussies to make the cut, Cameron John finished at 3-over for a share of 38th position, Blake Windred came in at 7-over to share 47th position.

With world amateur ranking points on the cards via playing these main amateur events, Cameron John has been the big mover since arriving in the UK climbing 108 places to be 153rd in the world. Cameron Davis remains the highest world ranked Aussie at 17th with Curtis Luck ranked 20th.

The Aussies will prepare for the 121st Amateur Championship to be staged at Royal Porthcawl and Pyle & Kenfig from 13-18 June 2016.