Adam Bland has secured his season’s best finish so far on the Japan Tour with a tied 8th finish at the ANA Open Golf Tournament, five strokes short of eventual winner Tomoharu Otsuki.

The 32-year-old Otsuki, a three-time runner-up already this year on the Japan Tour, eagled the first extra hole at the par-four 18th to beat fellow countryman Ryo Ishikawa at the Sapporo Golf Club in Hokkaido. 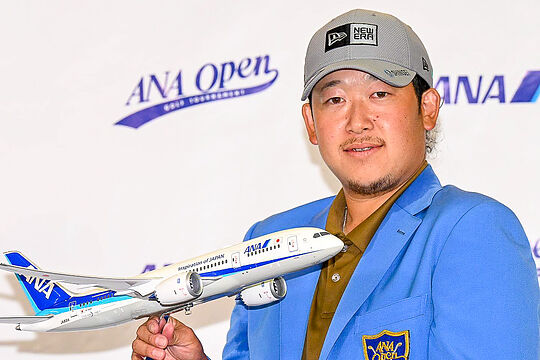 Otsuki had earlier overcome a five-shot deficit by firing six birdies for an impressive closing round of six-under-par 66 to set up a playoff with Ishikawa after both were tied on 19-under in the regulation play.

“This win is very special for me as it has been three years since my last win on the JGTO,” said Otsuki. “Finishing second on three occasions including losing in the playoff at the Golf Partner Pro-Am was a bitter pill to swallow. So, holding this trophy today simply means a lot to me.”

Bland also finished with a flourish, reeling off three straight birdies in the last three holes for a 66 for his first top-10 finish of the season.

“It was a good round today, I didn’t change anything and just stuck to my game plan,” said Bland, 40. “I was able to hit it a little closer and holed a couple of putts. Hopefully I can play even better next week (Panasonic Open), I’m looking forward to it.”

Bland pocketed ¥2,727,500 (A$28,298) for his efforts. His previous best finish this season in Japan was a share of 30th position at the Fujisankei Classic. Bland won the 2015 Japan PGA Championship which is his sole Japan Tour victory to date which currently sees him with career earnings totalling A$1,506,756.