Paddison in front at Victorian PGA

Paddison is at 10-under-par with Andre Stolz and Kurt Carlson in a tie for 3rd position at 5-under-par, two strokes behind McLean. 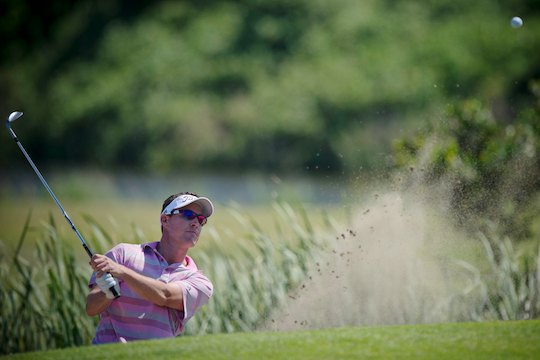 Paddison maintained his momentum with a third round 67 around the Forest Resort Creswick course, north of Ballarat in south west Victoria.

“I just played really solid giving myself a lot of chances,” said Paddison.

“I didn’t putt anywhere near as well as I had done the first two days, but I hit it a lot better so I guess it’s kind of evening itself out.”

Next week, Paddison will head to Toowoomba to defend his Queensland PGA Championship title and would like nothing better than to claim another Australasian Tour title.

“It’s really encouraging signs this week heading into next week but I can’t really think about that yet.”

“For the moment all I am focusing on is tomorrow, just relaxing and actually enjoying it because this is what all our practice is about; getting into this position and enjoying the moment rather than letting it overcome you.”

Turning professional in 2001, Paddison has secured four professional titles, including the 2004 Victorian Open.

More recently the left-hander has focused on the Japan Tour after earlier playing the Challenge Tour in Europe where he won the 2007 Allianz Open des Volcans – Challenge de France.