Rod Pampling has won his first Champions Tour title at the US$2,100,000 Boeing Classic defeating Tim Herron, Billy Mayfair and Jim Furyk by a shot on 12-under.

The Queenslander fired a final round 6-under 66 around the Snoqualmie Ridge layout to move to 11th on the Champions Tour money list with close to $1.5 million in prizemoney following seven top-10 finishes this season including a tie for third at the Cologuard Classic and outright 4th at the US Senior Open. 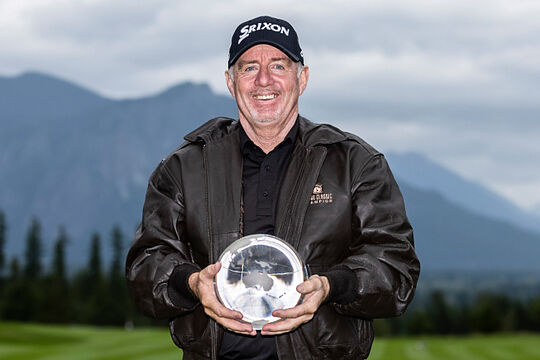 “You look at all the Hall of Famers…there’s so many and they still play really good golf, which people think they don’t, but I’ll tell you what, they play so good,” said Pampling, who becomes the first Australian to win on the Champions Tour since Rodger Davis won the Toshiba Senior Classic in early 2003.

“To get a win you’ve got to play good and thankfully I did today. We got a little bit lucky at the end, but sometimes that’s what you need.”

Jim Furyk looked set for an incredible fourth victory of the season until a lone bogey at the 17th hole left him needing birdie at the last to force a playoff with Pampling. Furyk’s third shot at the par-5 18th found a greenside bunker and with it his chances of victory.

Victoria’s David McKenzie was next best of the Australians in a share of 26th followed by Robert Allenby in 56th. Allenby did well to recover from a horror 6-over 78 opening round in the 54-hole event.