Sydney’s Dimi Papadatos has produced a solid bogey-free 66 on Sunday to claim his second Vic Open title by one stroke over New Zealand’s Ben Campbell and a spot at the 150th Open Championship at St Andrews later this year.

The 30-year-old, who finished runner-up at the 2016 Australian Open, carved up the 13th Beach layout with a total of 21 birdies along with an eagle and just two bogeys all week. 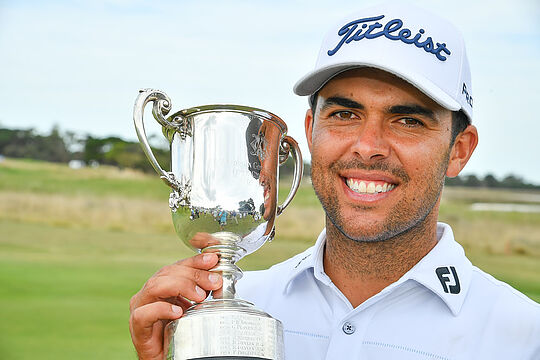 “I wasn’t sure if I still had it in me,” said Papadatos about his victory. “It goes to show I didn’t fluke it the first time. I’m just so happy to be getting my game and playing well again.”

“Winning in the final group – I did it once before at the NZ Open – it is definitely a different feeling. There’s a lot more pressure, expectation, the crowds are there. You know exactly what you’ve got to do so I’ll take a lot from that.”

However, Campbell wasn’t going to let Papadatos have the title without a fight. The Kiwi applied the blowtorch until the very end, knocking his bunker shot at the 18th to within a metre to ensure his playing partner would need to birdie the final hole for victory.

Papadatos did what was required, with his 21-under total leaving Campbell, the 2018 NZ PGA winner, one short of an elusive second Australasian PGA Tour title. 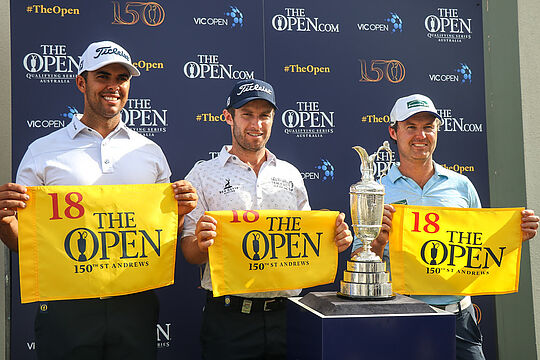 Thanks to the recent cancellation of the New Zealand Open, the top three players on Sunday are heading to St Andrews for the 150th Open Championship. Papadatos and Griffin have both played the Open Championship, missing the cut in 2019 and 2017 respectively, however, Ben Campbell will be making his major debut.

Unfortunately for overnight leader, John Lyras, the wheels came off on Sunday as he was looking to secure his first professional win. A nervous final round 74, punctuated by six bogeys, saw the 25-year-old slide back into a share of 5th on 14-under.

Next up on the local calendar is the inaugural TPS Murray River in honour of Jarrod Lyle, which will be played at Cobram Barooga from February 17th.