An opening round of 4-under-par 67 has given Dimitrios Papadatos a two stroke lead over Simon Viitakangas at the Golf SA Amateur Classic at Glenelg Golf Club in Adelaide.

Local Christopher Brown fired a 1-under-par 70 to be in a share of third position, alongside Cory Crawford and Callan O’Reilly. 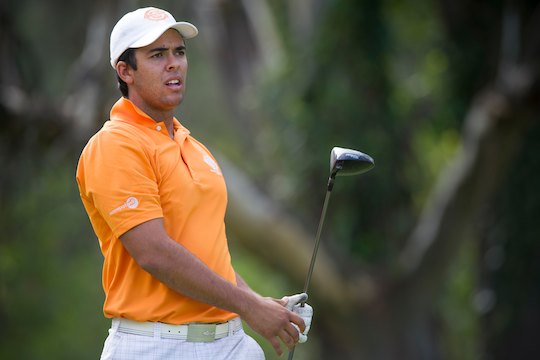 Ben Clementson, winner last month at the NSW Cup, is a stroke further behind at even-par, along with Daniel Hoeve, Travis Sharpe and Stephen Speirs.

Defending champion, Brett Drewitt, opened with a 2-over-par 73 to be well placed with Rory Burke.

Daniel Nisbet struggled with a 5-over-par 76, but was not alone with Matt Stieger and Ryan McCarthy opening with 3-over-par 73.

Nathan Holman had an opening round he would rather forget and will need to improve on his 6-over-par 77 to make a challenge on the weekend.