Papadatos finished at 15-under-par with rounds of 70-67-65-67 for his best result this season in Europe. He claimed his first Challenge Tour victory back in 2018 at the 56˚ Open de Portugal at Morgado Golf Resort and currently sits 30th on the Challenge Tour Order of Merit. 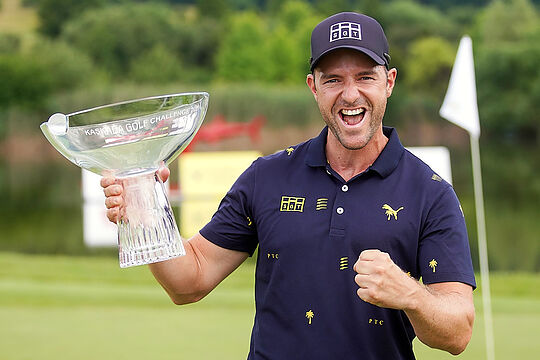 “Nice result this week in the Czech Republic finishing T2. Driving to Paris now for my 9th tournament in a row since leaving Aus so please excuse the tricep depletion,” posted Papadatos on Instagram.

In 2018, Papadatos finished runner-up to Mexico’s Abraham Ancer in the 2018 Emirates Australian Open at The Lakes Golf Club in Sydney.

This season Papadatos has played in 15 tournaments, making the cut in 11 including a top-10 at the Victorian PGA Championships at Moonah Links. Following Sunday’s runner-up finish he’s moved to 481st in the world rankings with his best ranking being 154th back in 2018.

First round co-leader, Blake Windred, finished in a share of 54th position to be the only other Australian to make the weekend with Deyen Lawson and David Micheluzzi missing the cut.