Blustery conditions continued to make scoring difficult for many in the second round of the 2011 Queensland Men’s Stroke Play at Pacific Harbour.

Dimitrios Papadatos (Toukley) fired the lowest round of the tournament with an impressive five-under-par 67 moving up 17 positions on the leader board to take the front heading into today’s final 36 holes. 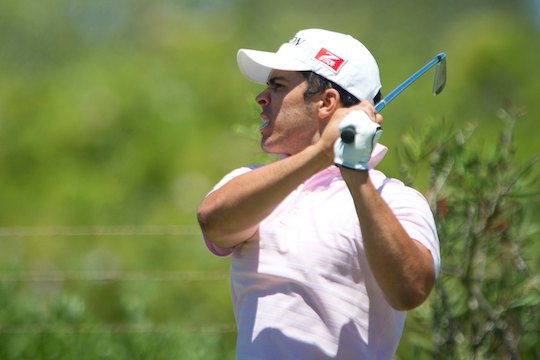 Overnight leader Blake McGrory (Sanctuary Cove) backed up his opening round of one-under-par 71 with a hard fought 74.

His 36-hole total of 145 (+1) ties him with Gailes member Daniel McGraw for second place.

A further shot behind are Tim Hart (indooroopilly) and Sam Daley (Wynnum) on 146.

Australia’s number one ranked amateur, Cameron Smith (Royal Queensland), struggled returning a four-over-par 76 to be six shots off the pace on 150.

With treacherous conditions predicted to continue, the championship is still far from decided.

56 players have made it through to the final day’s play requiring a 36-hole total of 158 or better.

The leading 16 players of the Stroke Play will proceed through to contest the Queensland Amateur Championship held at Arundel Hills on Tuesday.