Park shot 74, one-over par, in the final round to hold off American Amy Olson with France’s Perrine Delacour taking third position at 10-under-par. Despite never relinquishing the lead, Park had to dig deep in the tough conditions to secure her victory. 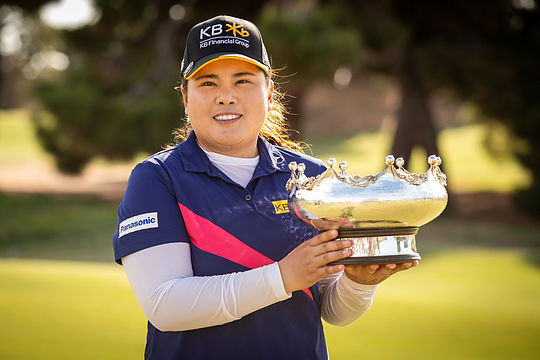 “It was a tough day out there today, really different to the last three days I played,” said Park.

“It has been a while since I played in Australia, it’s been eight years since I played here so I’m really happy to be back here playing in front of Australian fans and to hold the trophy is even more special.”

Park last won on the LPGA at the Bank of Hope Founders Cup in mid-March 2018. The 31-year-old turned professional in 2006, and this season has made three from four cuts to record one victory and one runner-up finish with a season money list of US$327,163.

After Sunday’s win Park is the second player from the Republic of Korea with at least 20 victories, joining 25-time winner Se Ri Pak.

Hannah Green was the leading Australian in a tie for 13th with Minjee Lee another two shots back in equal 25th.

Recent ALPG Q-School winner Robyn Choi showed she has what it takes to play on Tour closing with a total of 3-under in a share of 34th.