Park proves ace is no fluke

Twelve-year-old golfer Chris Park hit the headlines recently after producing a hole-in-one at the same hole two days in a row.

The statisticians were reaching for the record books as Park landed his second hole-in-one on the 171m par-three 17th hole at Coolangatta-Tweed Golf Club (River Course) in round two of the Greg Norman Junior Masters. 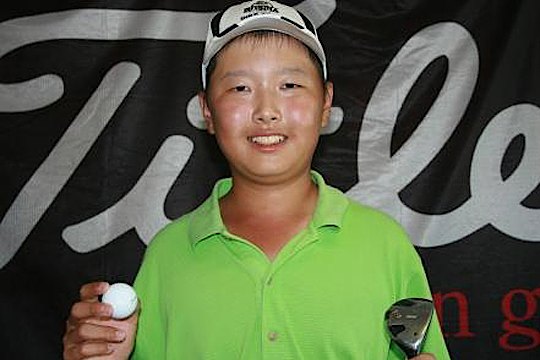 A feat many fellow golfers would like to achieve once in their lifetime, Park hit his 19-degree rescue club both times and watched in disbelief when his ball hit the pin and fell into the hole for the second time.

The first time round it wasn’t until he had walked to the green that he discovered his ball in the hole.

The Korean-born student plays off a six handicap at Emerald Lakes and attends Southport’s Aquinas College.