Korean Sanghyun Park has emerged on top after a playoff with countryman Soomin Lee to win the OneAsia GS Caltex Maekyung Open tournament in South Korea.

A par at the second playoff hole was good enough for Park to notch his first OneAsia victory over Lee, the recent Shenzhen International champion and runner-up to Marcus Fraser at the Maybank Championship a few months ago, after the pair had completed the 72 holes at 8-under-par 280. 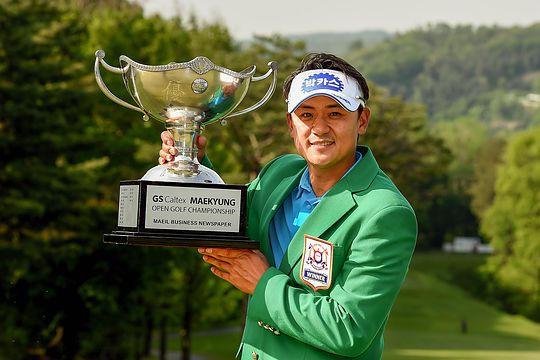 The prolific Kyung-Tae (KT) Kim was, for once, denied victory by the narrowest of margins and finished in a share of third place with compatriot Changwoo Lee at 7-under.

This latest strong result vaults Kim to No. 43 in the Official World Golf Rankings and consolidates his position as the second highest ranked Korean Player behind Byeong Hun (Ben) An, with all-important Olympic Games berths at stake over the coming weeks.