Paul Dunne shares the lead in golf’s oldest Major and here is 10 things you didn’t know about the young Irish amateur. 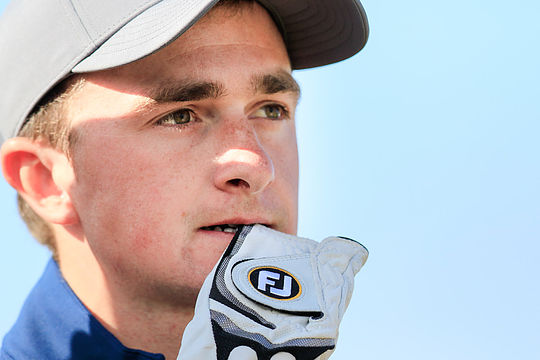 1. Qualified for The Open as winner of the Final Qualifying at Woburn with rounds of 70-65, ahead of the likes of Retief Goosen and Colin Montgomerie. It was the second successive year he has won the Final Qualifier at Woburn.

3. Started playing golf at the age of 10 and then “properly” since he was 12. Son of Colum and Michelle Dunne, and has an older brother, David, and a sister, Alison. His brother is a performance nutritionist with Harlequins Rugby, Queen’s Park Rangers Football Club and British Canoe.

“He hit the ball very well. He’s long and he’s strong, and he looks like he’s got a very complete game,” McDowell said. “It’s a big day for him out there. I hope he goes and has a great day and kicks on.” – He sure has.

5. His caddie at The Open is UAB golf coach Alan Murray, a fellow Irishman. Murray was Golf Week’s Coach of the Year in 2014 after leading UAB to the NCAA Tournament.

6. Part of the winning European collegiate team that beat America in the 2014 Palmer Cup at Walton Heath.

7. Very impressive amateur record and one of Ireland’s top junior players, was a member of the Irish Youth National Team with a CV that includes winning the Irish Under-18 Boys Championship, the 2010 Irish Youths Amateur Championship (joining the likes of Padraig Harrington and Louis Oosthuizen) and represented Ireland in the European Amateur Team Championship.

8. The last Irishman to win the Silver Medal as leading amateur in The Open was Rory McIlroy, who finished tied 42nd in 2007.

10. Smashed numerous records as his 12 under par score of 204 sets a record low 54 hole score for an amateur at The Open, six shots better than the previous best. His third round 66 is also the lowest third round by an amateur.