Payne Stewart to be honoured at US Open

He’s been gone for almost 15 years, but former major champion, the late Payne Stewart will never be forgotten.

The two-time former US Open champion and US PGA winner has been announced as the recipient of the 2014 Bob Jones Award and will be feted at this year’s US Open at Pinehurst, the site of Stewart’s historic 1999 Open win. 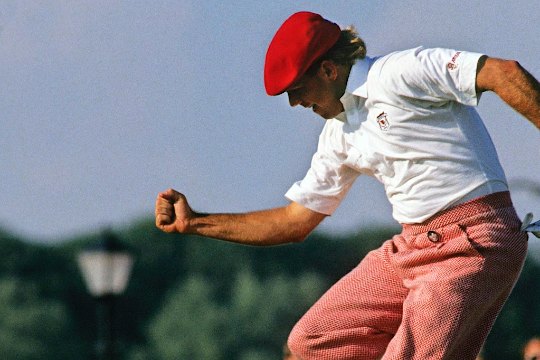 The colourful American holed an 18-foot par putt on the 72nd hole to beat Phil Mickelson and provide one of the championship’s most dramatic finishes.

That marvellous moment is now celebrated with a bronze statue of Stewart near the 18th green of Pinehurst No. 2.

Presented annually since 1955, the Bob Jones Award is the USGA’s highest honour.

It recognises an individual who demonstrates the spirit, personal character and respect for the game exhibited by Jones, winner of nine USGA championships.

Known for his passion for golf, sportsmanship and philanthropy, Stewart won 11 professional events during an 18-year PGA Tour career that was cut short by a fatal airplane accident in 1999, just four months after his second US Open victory.

Stewart’s Australian wife, Tracey, and their children, Chelsea and Aaron, will be presented with the Bob Jones Award at a public ceremony in the Village of Pinehurst during US Open week on Tuesday, June 10.

“We are so pleased, and know that Payne would be extremely honoured and humbled to be recognised with the prestigious Bob Jones Award,” said Tracey Stewart.

“Payne loved the game of golf and sought to live out and promote the same principles of high character, sportsmanship and passion that Bob Jones embodied.”

“We are grateful to the USGA for honouring Payne in such a wonderful manner.”

Stewart was inducted into the World Golf Hall of Fame in 2001.