Pedersen has been nothing short of impressive this season with the 24-year-old recording a remarkable five wins and a further three top ten finishes to pocket €415,000 in prize money. 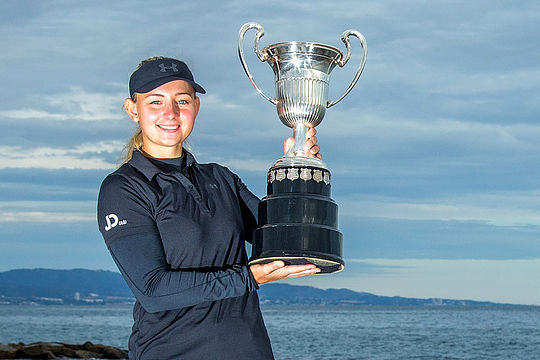 She becomes only the second Danish golfer to top the money list on any major international tour, following six-time LET winner Iben Tinning, who won the Order of Merit back in 2005. As a result of topping the money list, Pedersen also collects a €20,000 bonus pool check.

“I’m proud to be flying the flag for Danish golf and I’ve had so many nice messages from not just players on the LET but the men’s European Tour too,” said Pedersen.

“I enjoyed myself on the golf course this year and winning the Race to Costa del Sol will give me lots of confidence for 2021 as I set my sights on being part of Team Europe for the Solheim Cup and maybe even the Olympics.”

Turning professional in early 2015 she had a solid first season, finishing runner-up in the Deloitte Ladies Open and the Lacoste Ladies Open de France before winning the Hero Women’s Indian Open.