Penalised Smith out of BMW with hip injury

In his first tournament back on Tour since winning the Open Championship, Australia’s Cameron Smith was looking good for his fourth win of the year.

Smith opened his FedExCup Playoffs account at the FedEx St. Jude Championship with a 67 before doubling down with a 5-under 65 to move within three shots of the lead. 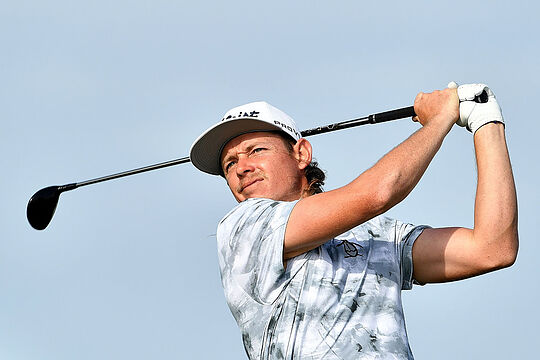 A 69 on Saturday left him two strokes behind JJ Spaun heading into the final round where a win would see him become just the fourth Aussie to reach the World No.1 milestone behind Greg Norman, Adam Scott and Jason Day.

Unfortunately that’s where the fairytale came to an abrupt end.

In a bizarre situation prior to Sunday’s final round, Smith was penalised for a breach of the rules during Saturday’s round relating to the position of his dropped ball after putting his teeshot into a water hazard at the par 3 4th hole.

Despite being shown on live TV and nothing being said about the incident at the time, officials were strangely moved to revisit the footage on Sunday and following a conversation with Smith, the Queenslander was penalised two-shots, which saw him drop back to 9-under and four strokes back from the lead.

“Cam is a complete gentleman and he took it that way,” said the match referee. “He was completely calm through the whole process and once he found out it was a two-stroke penalty, he said to me, ‘the rules are the rules’. In typical, casual Cam fashion, he just accepted it and left the office that way.”

An understandably rattled Smith failed to make his mark on Sunday with an even par 70 leaving him in a tie for 13th place on 9-under and six shots off the playoff with Will Zalatoris and Sepp Straka.

With rumours swirling around Smith and his move to the rival LIV Golf tour, obvious questions were raised about the motivations behind the move to penalise the Queenslander. While it ventures into tinfoil hat territory, it’s certainly hard not to draw a direct line between the two incidents.

And the news only gets worse for Smith after his agent Bud Martin released a statement overnight saying the World No.2 would be skipping this week’s BMW Championship due to an ongoing hip injury.

“Unfortunately, Cam will be unable to compete in the BMW Championship this week in Wilmington. He has been dealing with some on-and-off hip discomfort for several months and thought it best to rest this week in his pursuit of the FedExCup.”

Smith, who now sits third behind Scottie Scheffler and Will Zalatoris in the FedExCup race, is hopeful of a return at the Tour Championship finale at East Lake Golf Club on August 25th.