St Michael’s, seeking dual wins in the Division 1 Men’s and Women’s series, was first to strike with Eleena Kyriacou playing at number five winning her match, 4&2, over Deb Bennett. 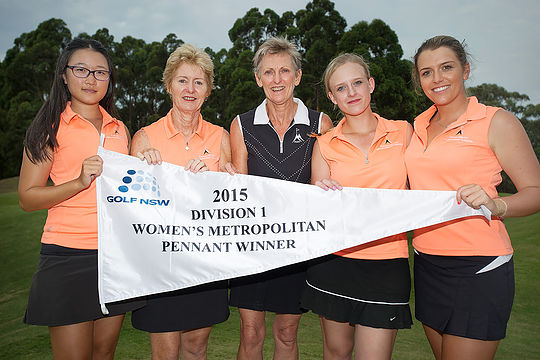 Kim Burke at number four equalled the ledger for Pennant Hills with a 2&1 over Stephanie Kyriacou and when Isabella Chan won her match at number three with a 3&1 win over Pamela Tsiamis, Pennant Hills had two matches in and needed only one from the other two.

Madeline Nurdi from St Michael’s secured a solid 7&6 win at number two over Ashley Cramond to level the final at two matches a piece with the attention then turning to the top-order match of Stefanie Hall from St Michael’s and Paige Stubbs from Pennant Hills.

Hall had earlier edged her way to be 1-up after three but by the turn Stubbs had staged a comeback to be 1-up. Stubbs widened her lead to be 2-up after twelve before going onto win the match 3&2 and the flag for Pennant Hills.

In the Division 2 Women’s Final, Cabramatta defeated Penrith 3½ to ½.

Terrey Hills also played host to the other Men’s Division finals with Ryde-Parramatta defeating Liverpool 5½ to 1½ in Division 2.