Pepperell racks up another disqualification

Eddie Pepperell seems to be collecting quite the reputation and it’s one he would rather not have.

For the second time in under six months the Englishman has been disqualified from a European Tour event. 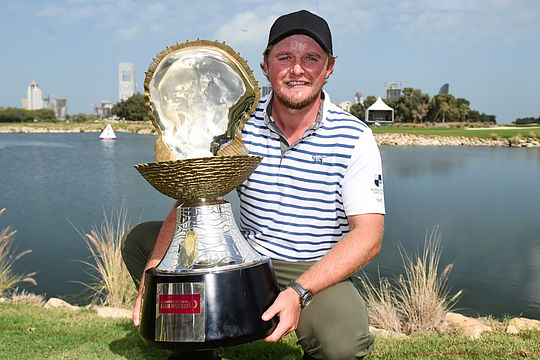 On the first occasion, Pepperell was ejected from the Turkish Airlines Open for bizarrely running out of golf balls after he plonked about “four or five” into the water at the par-5 4th hole at the Montgomerie Maxx Royal golf course in Belek, Turkey.

Rather than borrow a ball from a playing partner, he decided just to walk off.

Most recently in Qatar, Pepperell again ran foul of the rules, however this time it was due to errors on his scorecard. While there is nothing too unusual about that, it was the mistake he added to the scorecard, while trying to fix the initial error, that attracted the DQ.

Pepperell’s score was correct – a 71 – but the figures that his playing partner wrote down on two holes were incorrect. The overall round total still added up to 71 but with the wrong figures on the card, Pepperell would have been disqualified for signing an incorrect card.

The two-time European Tour winner and 2018 Qatar Masters champ fixed the playing partner’s errors but then compounded the mistake by changing a score on the wrong hole and signed his card resulting in his disqualification.

“FYI- My DQ today wasn’t due to me running out of balls, or hitting anyone, instead, I signed for a wrong score. My total, 71, was correct and I indeed signed for that. However, my partner had me down for a 5 on one hole where I made a 6, and a 4 on another, where I made 3. Therefore this meant I was disqualified,” wrote Pepperell on Twitter.

“Quite disappointing as I actually took the time to change the original error, only to make a costlier one myself.”

“The rules are the rules and I 100% accept that, but I can’t help feeling that this particular way of disqualification is a fair distance away from common sense, and that’s also disappointing. I enjoyed the course however and hopefully next time I’ll do a better job.”