France’s Victor Perez sunk a magnificent 15 metre putt on the fourth hole of a dramatic playoff with New Zealand’s Ryan Fox to win the Dutch Open on Sunday for the second DP World Tour title of his career.

Fox looked certain to claim the victory in regulation play before imploding on the 18th hole where he missed the green with his approach and then duffed his fourth shot into a greenside bunker to run up a double-bogey seven.

It is Fox’s second straight second placing on the DP World Tour after falling just short of victory at the Soudal Open in Belgium two weeks ago when he also led by three shots on the final day.

Although the New Zealander didn’t get his second win of the season, the result is enough to see him qualify for the US Open at the Country Club in a fortnight, his second major of the year, as well as the Open Championship at St Andrews in July. 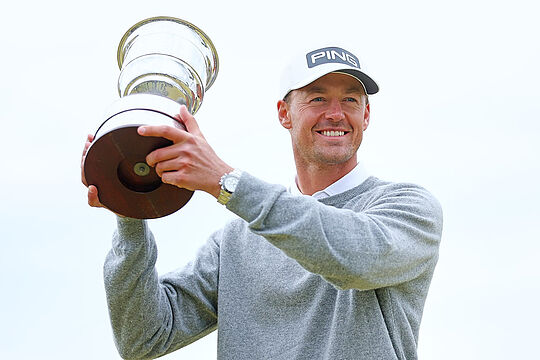 It continues an amazing run of form going back to his victory at the Ras al Khaimah Classic in February. In his last five tournaments in Europe, Fox has four top-10 finishes and currently sites 6th in the season rankings, Sunday’s result moving him up two places.

Adam Scott is the highest ranked Australian at 35th in the DP World Tour rankings having played just five events.

Also imploding on the final day was Australia’s Scott Hend, who entered Sunday just one shot off the lead alongside Fox. Hend got off to a bad start with a double-bogey six at his second hole and couldn’t recover from there with a 4-over 76 seeing him drop 11 places into a share for 14th.