The world’s top golfers contesting the Perth International in October will again be treated to one of the Australia’s best golf courses following confirmation that Lake Karrinyup Country Club will again host the event this year.

The tournament, which will be played from 23 to 26 October, has received wide praise from both Australian and international golfers for the quality of the course over the two years it has been held. 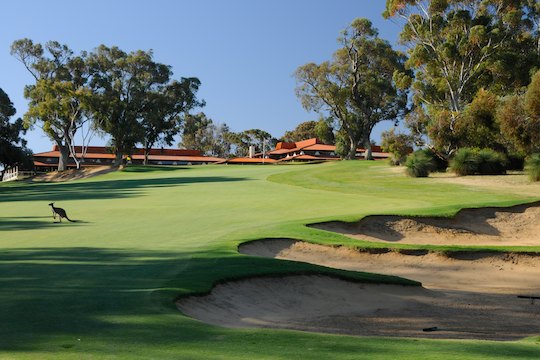 2013 star player, Dustin Johnson from the US, said during the event that Lake Karrinyup was a great course, and both challenging and fun to play with its firm and fast greens.

Lake Karrinyup Country Club President Chris Carey said the team at the Club was proud and extremely excited to be the host venue for the 2014 Perth International.

“This event has grown year on year and we are confident it will again grow and prosper in 2014. Our course will again be in outstanding condition, and was recently named in the Top 10 golf courses in Australia.

David Rollo, Vice President, Director of Golf, IMG Australia said they were delighted to have the opportunity to return to Lake Karrinyup Country Club.

“The venue has met with universal praise from the players over the past two years and no doubt Course Superintendent Trevor Strachan and his team will again present a wonderful course and a great test of golf.”

The Perth International is set to continue as Australia’s richest tour event with a prize purse of US$2,000,000 and will again be the only Australian tournament to be co-sanctioned by the European Tour and the PGA Tour of Australasia.

Past winners of the Perth International are 23-year-old Korean Jin Jeong in 2013, and Bo Van Pelt from the US in 2012.

The Perth International will be the last event in the European Tour calendar before the Final Series meaning it will be the only chance left in the season for players to earn vital points.

Marquee players will be announced in coming months.