Norway’s Suzann Pettersen bogeyed the final hole in regulation play but managed to regain her composure in time to survive the hot hand of 23-year old Lizette Salas and win the LPGA Lotte Championship in Hawaii on Sunday.

Bidding for her first LPGA win of the year after finishing T3 at the Kraft Nabisco Championship two weeks ago, Pettersen shot a five-under 67 but was it was Salas’ play that stunned onlookers, scorching the Ko Olina course with a LPGA season best round of 10-under 62 to leap into the playoff at 19-under par. 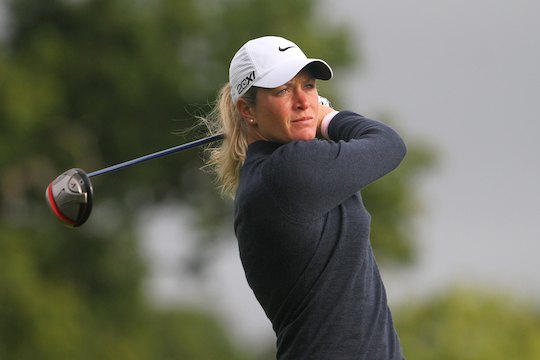 Unfortunately for Salas, she chunked her approach shot into water on the first playoff hole to hand Pettersen her second world-wide win of 2013 after winning the Mission Hills World Ladies Championship in China on the Ladies European Tour in March.

Petersen’s revived play has much to do with a ritual that she invoked in 2007 – putting with her eyes closed – but she had her eyes wide open to the play of Salas, who is enjoying a strong season in 2013.

“She’s a tough cookie. She’s been playing fantastic. She’s just got to keep putting herself in this position, and she’ll get her win,” said Pettersen, who is projected to move up to No. 5 in the Rolex Women’s World Golf Rankings.

Teen Thai sensation Ariya Jutanugarn continued her fantastic play this year by finishing in outright 3rd at 15-under while NZ amateur Lydia Ko was in a logjam at 10-under, tied for 9th after a final round 66.

Karrie Webb (T17) was the best of the Australians at 8-under.