Defending champion, Brett Rankin, will need an extra bottle or two of water in his bag this year with the announcement that the NT PGA Championship is moving back to late October due to the travel restrictions in place for the COVID-19 pandemic.

The tournament will move from its traditional late August time slot to tee off from the 22nd October where players will have to deal with more heat and humidity as the Top End approaches its monsoon season. 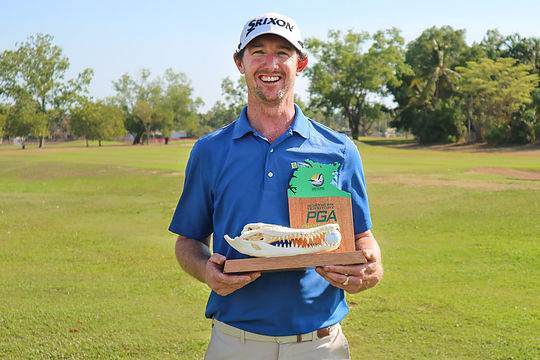 The NT PGA offers players three straight weeks of Australasian PGA Tour events with the event preceded by back to back weeks in Western Australia for the WA PGA Championship and WA Open Championships.

“We would have liked the NT PGA Championship to go ahead in August as planned, however, with current restrictions in place around the country, the closer we got to the date the less viable it became for our players,” said PGA of Australia Tournaments Director Australasia, Nick Dastey.

“We have players that reside in every state of Australia as well as overseas so to give them all the best chance to attend and play in a safe environment and enjoy all that the Northern Territory has to offer, the decision was made to move the tournament to October.”

A field of 120 players will compete for a share of AUD$155,000, with the winner to receive Official World Golf Ranking points and full exemption onto the ISPS HANDA PGA Tour of Australasia until the end of the 2021 season.