It’s going to be a bitter pill to swallow for some of the traditionalists out there, but after several tournaments of experimentation the US PGA Tour’s mobile phone policy has officially been changed to not only allow phones…but to also use them.

The updated policy was designed to be more ‘fan-friendly’ allowing people to use them in a way that most people are accustomed to practically anywhere other than a pro golf event. 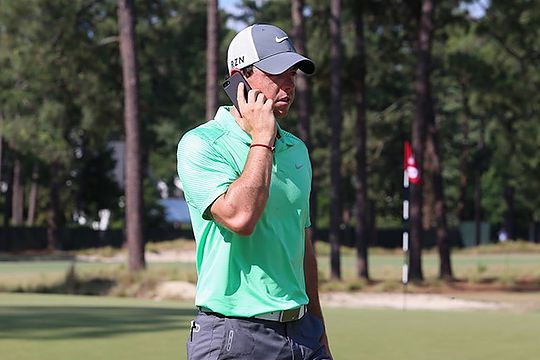 This marks a drastic change from the previous policy which mandated PGA Tour fans could only take photos and videos during the practice rounds.

Live streaming and shot-by-shot coverage on social media remain prohibited, and fans must keep their phones on silent (not vibrate) at all times. They cannot use flash for their cameras but texting and email are still allowed while watching tournament action near the rope line.

The new policy follows on from the European Tour who updated their new policy in the same week as the PGA Tour, and served as somewhat of a pioneer for the rule change, experimenting at several tournaments with a more relaxed mobile phone policy before making them permanent.

However each of the four major championships, run by organisations separate from the PGA Tour, have their own mobile device policies, and remain fairly stringent.

The Masters maintains a strict ‘no phones’ policy, while the US Open policy is more open than the Masters but more restrictive than the PGA Tour, allowing only for devices smaller than seven inches in length.

It will be interesting to see if the PGA’s progressive new policies inspire change among the four majors in the near future.