PGA head says no decision made on major date move

Torrey Pines, CA: The President of the PGA of America has stressed no decision has been made whatsoever that the PGA Championship will be moving from its current August time slot to May.

New PGA Tour Commissioner, Jay Monaghan revealed recently in Hawaii discussions have already been taking place on the subject of firstly moving the Players Championship from its present date in May and back to March and in turn, bringing the PGA Championship, and run solely by the PGA of America, forward three months to May. 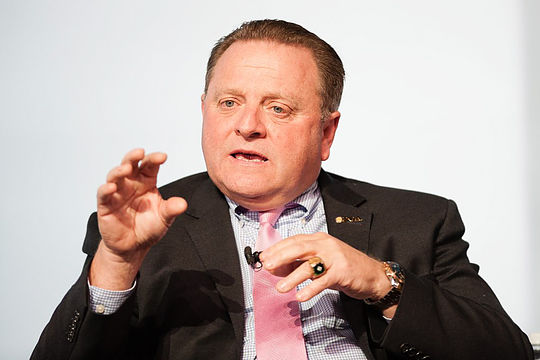 If this move goes ahead the Open Championship would surely loose some prestige in moving from being the third Major of the year behind the Masters and US Open, to becoming the final Major Championship of the season.

However, PGA of America President Paul Levy stressed that no decision has been made that would see the PGA Championship being staged two months prior to The Open and a month following the Masters at Augusta National.

“Nothing has been decided yet, and I’ve read reports it’s a done deal but it’s not as there is a lot of analysis and co-ordination that needs to be undertaken as everything out there is kind of like a jig-saw puzzle as when you move one piece over here and then you find you have to move another piece over there,” said Levy.

“It was last year’s Olympics that started this discussion as the dates for the Olympics conflict with the dates we host the PGA Championship, so we don’t want to be the Major that has a different date every four years.

“So, I can’t say at this stage that the PGA Championship will move dates because we have not made any decision, and until we make a decision.

“Jay (Monaghan) said last week that they are looking to make some changes and one of the pieces of that puzzle is what do we do with the PGA Championship that the PGA of America controls.”

Levy was elected the 40th President of the PGA of America while he’s also President, Club Operations and Development for the Sunrise Company along with being CEO and General Manager at the Toscana Country Club in Palm Springs, California.

And while discussions on any move remain on-going Levy was asked his view on such a move for the PGA Championship that was first staged in 1916.

“Personally, I want to see what is best for the PGA Championship but it’s a complicated decision,” he said.

“If we moved to May, what courses could we go.

“We’ve had a lot of discussions at our board but at this stage we are not ready to say anything.

“So, I don’t want to give you the run around as we still have a lot of discussions to take place and any decision could play out in the coming months.

“And yes, the PGA Championship could very well remain in August as there is nothing wrong with that date.

“Again, what caused this discussion was the Olympic Games and we are currently looking at everything.”

And Levy, while continuing to bask in the glory of the USA Ryder Cup team’s stunning Hazeltine triumph last October, admits Jim Furyk and his team face a tough task to win later next year in Versailles.

The PGA of America acts as host when the Ryder Cup is staged in the US.

“Anytime a USA team head to Europe for a Ryder Cup, and I’ve been to every Ryder Cup since 1999, let’s face it as it’s like football,” he said.

“There is a reason why teams play better in their home stadium as you’ve got your own fans.

“Paris is going to be a really exciting venue and it’s kind of cool to be going somewhere outside of the UK and what a great city to be hosting a Ryder Cup.

“But I do admit it’s going to be tough over there for the US team to get its first win on foreign soil since 1993.

“Though ins saying that you look at our team as we have some great young players including the likes of Patrick Reed, and in players like Patrick we are seeing a changing in the dynamics of our team.

“So, it won’t be easy to go over there and defend the Ryder Cup.

“As well, with the creation of Ryder Cup Committee early in 2015 that replaced the task force, what we have done it given emotional ownership of the team to the players.

“They are now more involved and we saw throughout last year Davis (Love III) was getting input from Tiger (Woods), Jim (Furyk), Stricker and they are now more engaged and you could see that.”