The PGA of Australia has launched a unique online promotion encouraging Australians to get behind the Aussies at this week’s Open Championship and hopefully take home a free ticket for their trouble.

The PGA is promising to give away thousands of free tickets to the Australian PGA Championship presented by Coca-Cola, if an Australian wins world golf’s next major. 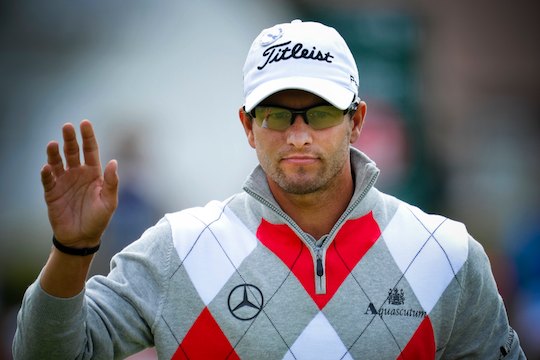 With 12 Australians in The Open field including Stephen Dartnall, Jason Day, Marcus Fraser, Steven Jeffress, Brendan Jones, Marc Leishman, Geoff Ogilvy, Brett Rumford, Adam Scott, John Senden, Peter Senior and John Wade, the PGA says it has launched this initiative to not only encourage fans to get behind the Aussies at Muirfield, but also get involved with the upcoming summer of golf.

“We came very close at last year’s Open and what we really hope is that come next Monday we’re in a position to give away thousands of free tickets and celebrate not only another Australian major winner, but also a huge upcoming summer of golf,” said Brian Thorburn, CEO of the PGA of Australia.

“Australia’s Professional golf ranks are incredibly strong at the moment and arguably we’ve got the strongest field vying for the Claret Jug in years. We want to provide all Australians with the opportunity to be part of this excitement and another reason to cheer our boys home.”

To claim a free ticket if an Australian is victorious, sports fans need to head to www.pgachampionship.com.au and complete the simple sign up form.

Registration for the free ticket promotion is now open and will close at 5.00pm AEST on Sunday 21st July, just hours before the first ball is hit in the final round at Muirfield.

The 2013 Australian PGA Championship presented by Coca-Cola will be played at RACV Royal Pines Resort on the Gold Coast from November 7-10.

Tickets for the general public will go on sale from August 26th 2013.