The scenery will be to die for at the four major championships in 2015.

That’s one thing guaranteed after the release of the US PGA Tour’s schedule for the 2014-2015 season. 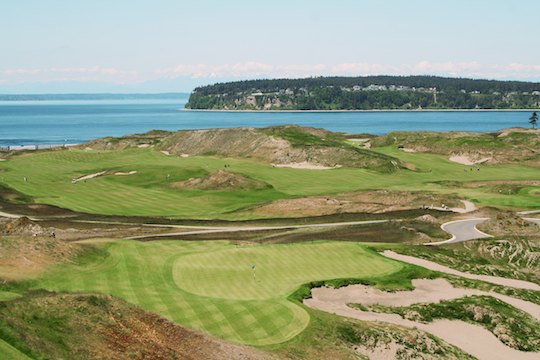 Throw in Augusta, Georgia for The Masters and golf aficionados will be salivating at the prospect of four spectacular major venues.

The Tour announced a schedule for 2014-2015 that includes 47 FedExCup tournaments…two more than the current season, due to the addition of tournaments run the same week as the World Golf Championships-HSBC Champions in November and The Open Championship in July.

The biggest change to the schedule is the World Golf Championships-Match Play shifting from February to April 27-May 3, one week prior before The Players Championship at Ponte Vedra, Florida.

That spot in the schedule traditionally had been held by the Wells Fargo Championship in Charlotte, North Carolina, which for 2015 will be held the week after The Players.

The two Texas tournaments that immediately follow, the Crowne Plaza Invitational at Colonial (May 18-24) and AT&T Byron Nelson Championship (May 25-31), also switch places in the schedule.

The Match Play’s move to TPC Harding Park in San Francisco also is among several high-profile venue changes, including those for three major championships and two FedExCup Playoff events.

The FedExCup Playoffs begin the week of August 24-30 when The Barclays returns to Plainfield Country Club in New Jersey, where it was held in 2011; and the third Playoff event, the BMW Championship, returns to Conway Farms outside of Chicago, where it was contested in 2013.