Following on from the recent announcement that the Australian PGA Championship on the Gold Coast will be co-sanctioned by the European Tour, a further five events have also locked in dates on the schedule.

“The European Tour heading back to Australian shores for the Australian PGA Championship is an exciting development for golf in this country, however it is just the tip of the iceberg,” said Brian Thorburn, CEO of the PGA of Australia. 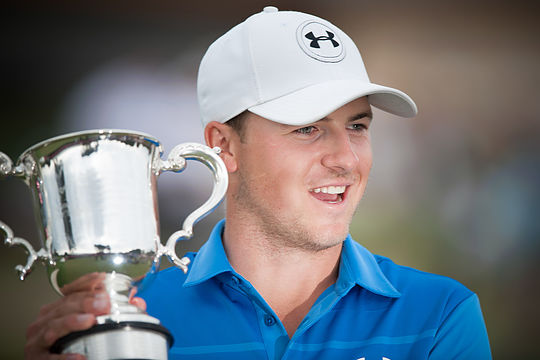 “We have a very busy schedule of tournaments which will take professional golf to all corners of Australia and the South Pacific to the benefit of sports fans.”

The season is set to relaunch at the Isuzu Queensland Open from 20-23 August which will again be held at the Brookwater Golf and Country Club for a purse of $110,000.

The Tour then heads to Noumea for the $150,000 South Pacific Open Championship from 30 September – 3 October, followed two weeks later by the second Fiji International at the Natadola Bay Golf Course with the stunning Coral Coast providing a unique backdrop for professional golf.

The tournament is set to attract a star studded line up competing for a minimum $1 million in prize money from the 15 – 18 October.

Players will then head to West Australia for two weeks for the WA Goldfields PGA Championship at the Kalgoorlie Golf Course from 29 October – 1 November, followed by the Nexus Risk Service WA Open at Royal Fremantle Golf Club from 5-8 November.

Then it’s back to the east coast for the NSW Open at Stonecutters Ridge from 12-15 November before the first of our famed ‘Triple Crown’ events, the Australian Masters, which will soon be confirmed in the 19-22 November timeslot at one of Melbourne’s famed Sandbelt courses.

With American Jordan Spieth cutting a swathe through the world of golf by winning the first two major championships on the schedule, there is a very real prospect that The Emirates Australian Open will again have a defending champion who has won multiple majors in the year.

Rory McIlroy returned to defend the Stonehaven Cup last year after winning the Open Championship and PGA in 2014 and Spieth had all but confirm his intention to return to The Australian Golf Club to do the same this year.

Hopefully he will sign on the dotted line soon and should that happen, Sydney will again be the place to be to witness a field of world class proportions from 26-29 November.

The PGA Tour of Australasia’s richest tournament in 2015, the Australian PGA Championship, will welcome the European Tour to RACV Royal Pines Resort from 3-6 December.

The NSW PGA Championship will be played from 10-13 December and will close the summer of golf for 2015. Riverside Oaks Golf Resort’s new Bungool layout will be the host course with the $110,000 tournament set to decide the PGA Tour of Australasia’s Order of Merit and the retention of playing rights for the 2016 season.

The Perth International will take on a new timeslot with a move from October to a date in the first quarter of 2016.

“It has been confirmed that the fourth staging of the Perth International will be scheduled in the first quarter of 2016 with positive negotiations continuing with event owner, IMG, and its stakeholders.” Thorburn said.