In its continuing efforts to combat the rebel LIV Golf league, the PGA Tour has announced increases for an additional four tournaments in 2023.

The WM Phoenix Open, RBC Heritage, Wells Fargo Championship and Travelers Championship will each move to $20 million, a doubling of prizemoney over 2022 with previous purses sitting between $8 million and $9 million. 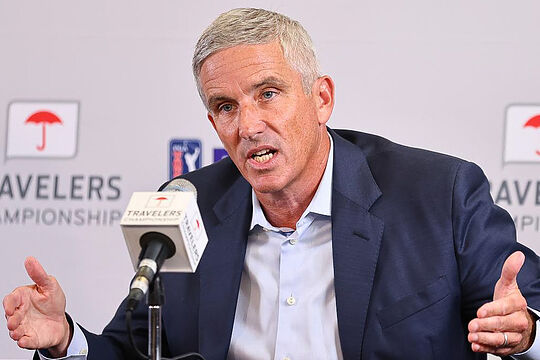 Importantly for fans of the sport is news that the top-20 players from the 2022 Player Impact Program will be required to participate in all of the newly-elevated tournaments along with at least three other events for a total of 23 events as opposed to just 14 on next year’s LIV Golf schedule.

“Our top players are firmly behind the Tour. Helping us deliver an unmatched product to our fans, who will be all but guaranteed to see the best players competing against each other in 20 events or more throughout the season. This is an extraordinary and unprecedented commitment, a testament to who these guys are and what they believe in,” said PGA Tour Commissioner Jay Monahan.

It’s long been a problem for the PGA Tour. We expect to see the world’s best play week in, week out in tennis, soccer, cricket, rugby league, AFL, baseball, basketball and more – why not golf?

As is almost always the case with these matters, it has taken a major competitor such as LIV Golf to force a change that should have been dealt with years ago.

Will it stem the tide of players moving to the Saudi-backed breakaway league? Only time will tell.