The PGA Tour has been forced to follow the lead set by other sports this week in implementing a “No Spectator” policy at the Players Championship as well as the upcoming Valspar Championship, WGC – Dell Match Play and Valero Texas Open.

With all three tournaments leading into the Masters in early April, it surely won’t be too long before the officials at Augusta National may have to do the unthinkable and play the Masters without “patrons”. 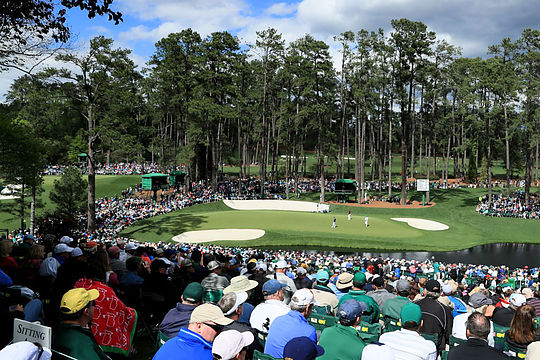 The Masters may be facing the prospect of banning patrons from attending this year’s tournament (Credit: PGA Tour)

As well as postponing several upcoming events, the European Tour has also made the surprising decision to cancel the Czech Masters, which wasn’t scheduled to be played until late August.

The PGA Tour’s statement comes hot on the heels of earlier moves by the NBA, MBL and NASCAR in the US.

“Let me preface my remarks by reinforcing that the health and safety of our players, employees, partners, volunteers, fans and everybody associated with the PGA TOUR is our top priority,” said PGA Tour Commissioner Jay Monahan.

“Our team is in constant communication with local health authorities in each market in which our tournaments are played, and we are tracking and monitoring the health information provided by the Centers for Disease Control and World Health Organisation in addition to the travel advisories provided by the U.S. State Department.”

“It goes without saying that this is an incredibly fluid and dynamic situation. We have been and are committed to being responsible, thoughtful and transparent with our decision process.

“With that as pretext, at this point in time, PGA Tour events – across all Tours – will currently proceed as scheduled, but will do so without fans.”

“It’s important to note, that could change, but for the time being, this decision allows the PGA Tour, our fans and constituents to plan, prepare and respond as events develop.”

The PGA Tour also announced the postponement of the Corales Puntacana Resort & Club Championship, which was to be played opposite the WGC-Dell Match Play. Commissioner Monahan outlined issues with travelling internationally as the driving reason for the decision.