It’s anything but ‘Nine Bridges’ too far as the multi-million dollar US PGA Tour prepares for its first foray into South Korea later this year.

It has now been revealed the Club at Nine Bridges on Jeju Island will host the Tour’s first official event in that country, the CJ Cup at Nine Bridges from October 19-22. 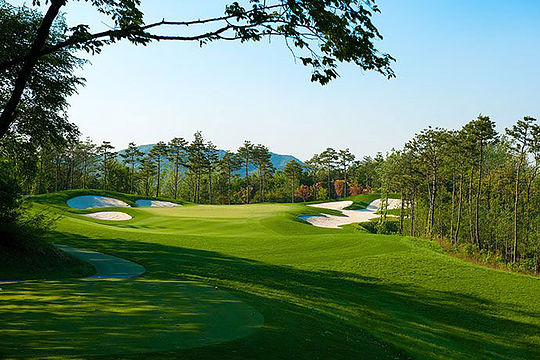 The South Korean stop will be part of the US Tour’s ‘Asian Swing’ that will also include the CIMB Classic in Kuala Lumpur, Malaysia as well as the WGC-HSBC Champions event in Shanghai.

Up for grabs will be a $9.25m purse with the winner also earning 500 FedEx Cup points.

It has been confirmed the field will include 78 players with 18 of those spots coming via exemptions.

Senior vice president, Asia tournaments for the PGA Tour, Jeff Monday, made the Nine Bridges announcement and admitted he was pleased this club had been chosen for the inaugural South Korean event.

“This will be a demanding test for some of the world’s best golfers,” Monday said.

“The opportunity to play Korea’s first official PGA Tour FedEx Cup event on Jeju, combined with the natural beauty of the island, makes for a special event.”