The American made an impassioned plea to the media and the public to help him find his father, who had gone missing nine days earlier. 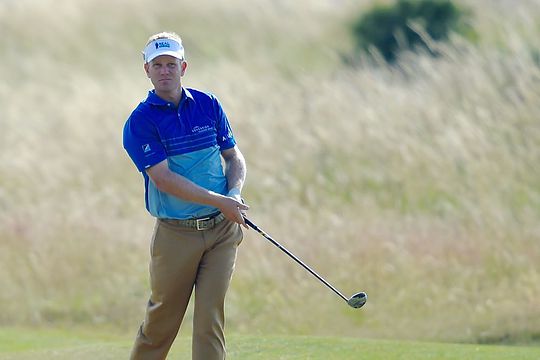 Hurley went on to make the cut last weekend and got the news he had been hoping for when he also learned that police had located his father.

Hurley’s one-under-par 70 in the second round at Robert Trent Jones Golf Club in Gainesville saw him qualify for the weekend’s play right on the cut-off number.

But as he exited the 18th green he received the good news when informed by PGA Tour security staff that his father, Willard Hurley Junior had been located earlier in the day in Texarkana, Texas after mysteriously driving away from his home in his truck on July 19.

“My dad’s been found and he’s alive and well and in Texas,” said Hurley.

“We just wanted to say thank you very much for helping us find him – the public, the law enforcement, all the media throughout the country.”

“Ironically he was found in a public library watching me play golf on a computer.”

Hurley, a 33-year-old Naval Academy graduate, realised that news about his father was likely when he noticed a television cameraman following him during the second round.

“I knew something was going on. I was trying to make the cut and I am being followed by a TV camera,” he said.