The PGA Tour has released the full 2017-18 Season schedule of 49 FedExCup tournaments, representing an increase of two events with the previously announced additions of THE CJ Cup at Nine Bridges, Korea’s first official PGA Tour event, to be played at the Jeju Island resort, and the elevation of the Web.com Tour’s Corales Puntacana Resort & Club Championship in the Dominican Republic.

Other significant changes relate to venues with the AT&T Byron Nelson held between May 14-20 moving to the new Trinity Forest Golf Club in Dallas, Texas, while two FedExCup Playoffs events change courses. 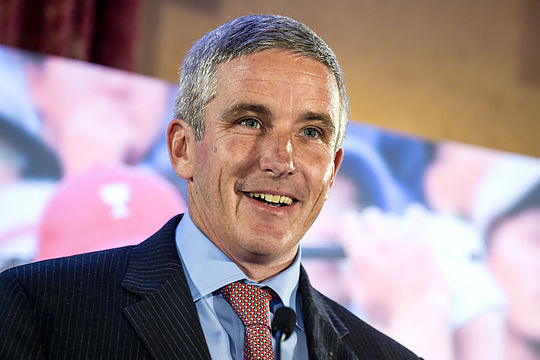 The Northern Trust played between August 20-26 returns to The Ridgewood Country Club in New Jersey and the BMW Championship played between September 3-9 visits historic the Aronimink Golf Club near Philadelphia for the first time, marking only the second time in the tournament’s 115 years of play that it will be held in Pennsylvania.

As to the Majors the US Open, which is scheduled for June 11-17, returns to Shinnecock Hills Golf Club in Southampton, New York, for the first time since 2004.

The Open Championship (July 16-22) rotates to Carnoustie Golf Links in Scotland and the PGA Championship scheduled for August 6-12 will be held at Bellerive Country Club in St. Louis with news that the championship will make the move to May from 2019.

Total prize money for the season will be a record of more than US$363 million.

The 49-tournament schedule begins Oct. 5-8 with the Safeway Classic at the Silverado Resort in Napa, California, and finishes 50 weeks later when the Tour Championship at East Lake in Atlanta caps the FedExCup playoffs.

The PGA Tour schedule now also features nine tournaments in eight countries outside the United States including Malaysia’s CIMB Classic, the CJ Cup in South Korea, and Shanghai’s WGC-HSBC Champions are early in the season, combining for a three-tournament Asian stretch scheduled for October.

The more significant changes to the Tour schedule will come in 2018-2019.

The Tour has already announced The Players Championship will move back to the March date it occupied from 1977-2006 and the FedExCup Playoffs may be scaled back from four events to three.

There is also talk about limited-field one-day playoff event following the FedExCup decider, however, the Tour is remaining tight-lipped for now.