PGA Tour says all players will retain cards for 2021

The PGA Tour has provided some good news to those players who may be staring at losing full Tour status this year with confirmation all current exempt players will retain full membership for the 2020/21 season.

PGA Tour Commissioner, Jay Monahan first discussed this and other news with members of the Players Advisory Committee, who were linked via phone hook-up. 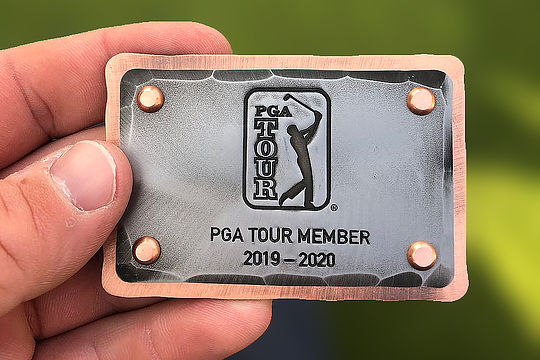 PGA Tour advises all players will retain cards for 2021

The Tour then released a statement to all Tour members outlining the changes in what will be just 13 events remaining of the 2019/21 season, and that’s if the June 11th commencing Charles Schwab Challenge actually takes place in Texas.

If so, it will mean the Tour has lost some three months of competition, which includes 10 tournaments cancelled and the remaining 11 moved to other dates.

In an email to its players, the Tour indicated everyone will be exempt for the September 10th commencement to the 2020/21 season with the hosting of the Safeway Open in California.

“Due to circumstances related to the COVID-19 pandemic that resulted in 13 events from the 2019-20 PGA Tour season to be canceled or postponed, the PGA Tour has extended eligibility for exempt 2019-20 PGA Tour members for the 2020-21 season, unless the member’s priority ranking at the conclusion of the 2019-20 season would rank higher in the updated eligibility categories,” said the PGA Tour in a statement.

“This eligibility update, contingent upon the planned restart of the season at the Charles Schwab Challenge the week of June 8, was deemed the best and most equitable solution for the membership at large after research by our competitions department and significant conversations with the Policy Board and Player Advisory Council.”

For the likes of American Harris English, who started the season with conditional status in finishing between Nos. 126 and 150 the previous season and has posted five top 10s and is No. 24 in the FedExCup, it means he will regain full Tour membership for the next season.

It is also great news for Ireland’s Seamus Power, who has played in just seven 2019/20 events, made the cut in four but is lying well down in 201st place on the FedexCup standings.

As for the developmental Korn Ferry Tour, no one will graduate to the PGA Tour after the season. The Tour was working on rewarding the top 10 players, such as allowing them in opposite-field field events for next season.

All of this is , of course, contingent on golf resuming June 11-14 at Colonial, the restart of a season that would include only one major championship with PGA Championship tentatively set for August 9-12 in San Francisco.

The US Open was pushed back to September, the Masters was moved to November and The Open Championship was cancelled, which means six majors will be played next season.

This season still offers a $US15 million prize to the winner of the FedExCup and the two playoff events outside Boston and Chicago will award triple points instead of quadruple points.