The PGA Tour will honour the memory of the late George Floyd in setting aside the 8.46am both on day one of the Charles Schwab Challenge in Texas and the Korn Ferry Tour Challenge at Tour HQ in Ponte Vedre, Florida.

Floyd’s death on May 25th on a suburban street in Minneapolis has led to riots and protests not only in the USA but around the globe. 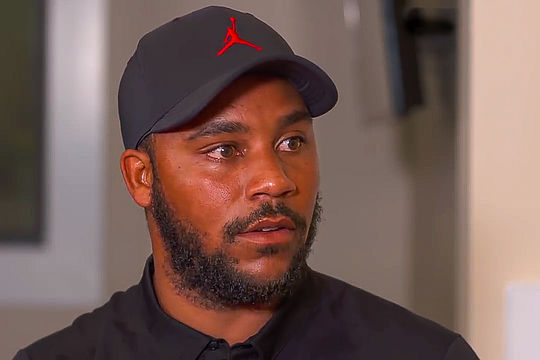 In releasing the opening two round draw for the Fort Worth event the Tour indicated the 8.46am tee time is a call to end systemic issues of racial and social injustices impacting the USA and also pay respects to the memory of the late George Floyd.

And the Tour indicated it is working on a long-term commitment to address those issues.

Harold Varner III, and one of just a handful of black players competing on the PGA or Korn Ferry Tour’s, is pleased with planned steps going forward.

“I think this week won’t be the last week, because it’s getting to the point where everyone has a voice that if the PGA Tour was to forget it, they would get hounded every day,” said Varner in a pre-Charles Schwab Challenge press conference.

“So it’s just kind of like yes, they’re pressured, but I also think that it’s the right thing to do, and I think Jay knows that, so I’m super behind him on that, and we got to talking about some things where I come from, what I think about it.”

“I’m just super fortunate to be able to say something and it matters but also be a part of the change. Everyone in this society right now is going to be a part of that.”

Varner III issued a statement via his Twitter account last week wherein he expressed his feelings over Floyd’s death and he has now also spoken of the support he’s received since his tweet.

“One thing I try to tell them, some of the guys that texted, ‘Dude, you’re not racist. I think you’re doing things to grow the game.’ … I have a hard time believing there’s a ton of racists on the PGA Tour because I’m pretty good friends with a lot of people out there,” he said.

World No. 2 John Rahm had expressed his support for social justice reform last week on Twitter with the Spaniard also revealing during his Tuesday Fort Worth press conference he receives “dirty looks” when speaking Spanish in public.

Rahm called the past few weeks the “biggest civil rights moment in history,” and felt he needed to be a part of it.

“I can’t fathom the reason why anybody would treat somebody differently just the way you look or they sound or what you believe in,” said Rahm.

“We’re all the same. We’re all human beings, and we should all be treated the same way. To me it’s as simple as that.”

“I understand you can’t make everybody aware of everything, but if I can just have one more person understand the situation and support it, to me it’s a win.