Thomas Pieters secured his first solo victory in three years as he won the D+D Real Czech Masters in Prague.

Pieters took a one-shot lead into the final round at Albatross Golf Resort in Prague and carded a closing 69 to finish 19-under par, a shot ahead of playing partner Adri Arnaus, the Spanish rookie’s third runners-up finish this season. 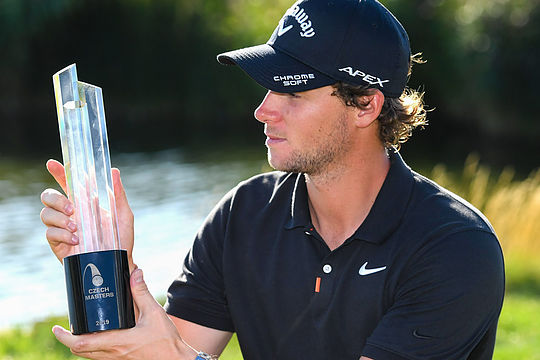 Pieters partnered Thomas Detry to victory in the World Cup in Melbourne last year but had not won an individual event since 2016.

“It feels good to win again. I never doubted myself but it’s just been a long road of not feeling that great with the golf swing. It feels good to get back on track again and get another win.”

“It’s difficult when everybody says you should be winning two or three times a year. It’s always nice to hear that but it’s almost a negative sometimes because I always felt like I was underachieving, but hopefully, there’s many more like this.”

Sam Horsfield and defending champion Andrea Pavan finishing joint third on 16 under. Pieters should move back inside the World Top 100 with this win. He jumped to 42nd on the Race to Dubai.

Jason Scrivener was the best of the Australians finishing in a share of 30th position at 8-under. Dimitrios Papadatos was a short further behind in a share of 39th position. Nick Cullen, Brett Rumford, Deyen Lawson, Sam Brazel and Adam Bland missed the weekend.