Pieters held off Spain’s Rafa Cabrera Bello and Shubhankar Sharma to claim the biggest win of his career. 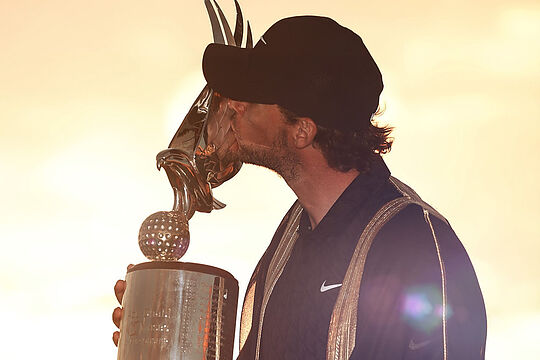 The Belgian golfer, who turns 30 this Thursday, jumped 38 spots to be the new World No. 31 which should ensure a return drive down Magnolia Lane in Augusta National for the first time in four years after an impressive tie for 4th in his Masters debut in 2017.

The win was easily the biggest of his pro career following double success at the Czech Masters (2015 & 2019) along with a KLM Open win in 2015, his Made in Denmark triumph in 2016 and last year’s Portugal Masters win.

And the quietly-spoken Antwerp golfer spoke about what it means to get himself back into the world’s top-50.

“It’s always been kind of like chasing this and chasing that, and obviously wanting to play in America a bit and Europe and combine it.”

“But this kind of solidifies me in the Top-50 and I can just make a good plan for the rest of the year and set myself up for hopefully another win.”

Pieters’ previous highest world ranking was 23rd after finishing 4th at the 2017 WGC – Bridgestone Invitational but it had been a slow slide down the rankings since then falling outside the top-100 in missing the cut at the 2019 Irish Open. He got back to 84th a month later after capturing the 2019 Czech Masters.

However, he was unable to capture that winning form over the next couple of years, arriving at the 2021 Andalucia Masters as 126th in the world one week before winning the Portugal Masters that helped end his season 72nd in the world.

Defending champion Tyrrell Hatton will be cursing the par-5 18th hole, which turned out to be the only difference between a win and his eventual 6th place finish on Sunday. Hatton double-bogeyed the hole on Friday and then shot a nine on Saturday and finished just three shots behind Pieters at 7-under.

Returning from a two-month break, Adam Scott was the best placed of the Australians in a share of 10th and one shot ahead of a group that included Rory McIlroy and Shane Lowry.

Wade Ormsby (25th) and Min Woo Lee (35th) were the only other Australians to make the cut. Jason Scrivener, Maverick Antcliff, and Scott Hend (WD) sat out the weekend.

The DP World Tour remains in Dubai but moves to the Emirates Golf Club for the $8 million Slync.io Dubai Desert Classic this Thursday. Paul Casey will return to defend his title that he won by four shots over South Africa’s Brandon Stone.