Tiger Woods, 43, won by three shots in capturing the rain-affected ZOZO Championship in Japan and in the process equalled the record set back in 1965 by ‘Slamming’ Sam Snead.

Perhaps overshadowed by Woods’ heroics, Rory McIlroy bounced back again from a diappointing one-over par opening score to finish a superb third in his first event of the new PGA Tour season. 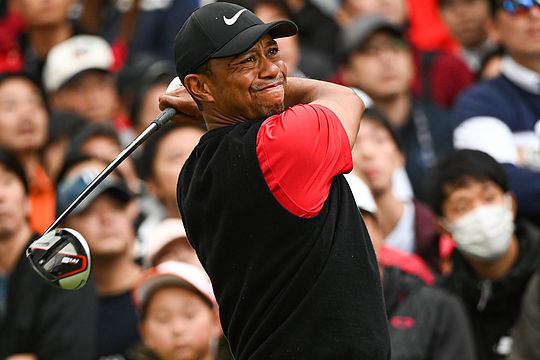 And knowing Woods as well as he does, McIlroy was still in awe of what he achieved.

“In this era, to win even 50 times on the PGA Tour is an unbelievable achievement in itself,” said McIlroy.

Eighteen-time Majors winning, Jack Nicklaus got onto Twitter to add his praise.

“Incredbily happy for Tiger and the game of golf on his 82nd PGA Tour win,” said Nicklaus. “For a number of years, all we wanted was to see Tiger healthy again, but for his quality of life.

“But it’s very obvious that the surgery and the hard work Tiger put in resulted in quality of golf.”

Adam Scott, and the first and still only Aussie golfer to win the Masters, was also in awe.

“When he won the Masters this year your like Tiger’s now going to break Jack’s (Nicklaus) record of 18 Majors, that’s a guarantee but then by August you’re sure if he’s going to play again after more surgery,” said Scott.

“Now he comes back from a break of two months to win matches Sam’s (Snead) record.

“He just never ceases to amaze”.

Next ahead for the new World No. 6 ranked Woods is hosting the December 4th to 7th Hero World Challenge in the Bahamas and from there he will fly with his many of his team straight to Melbourne, Australia for the following week’s Presidents Cup.

It will be Woods’ first foray as a team captain, and ahead of his expected appointment as a Ryder Cup Captain, most likely in 2024.

However, Woods is still undecided whether he will be a Royal Melbourne non-playing captain or very possibly a first-ever Presidents Cup playing captain ahead of announcing on November 4th his four ‘wildcard’ picks.

It led to Woods being asked ‘tongue-in-cheek’ after his ZoZo win if he thought he’d done enough now with a second victory this year to warrant a USA Team ‘captain’s pick’.

“I think the player definitely got the captain’s attention”, Woods said smiling broadly.