Australian greats Jan Stephenson and Peter O’Malley have been confirmed as hosts of The Players Series – Hunter Valley, a new event set to tee off in the New South Wales’ Hunter Valley from March 1-13, 2022.

The tournament, part of the Webex Players Series, will take place at the Oaks Cypress Lakes Resort and adds another opportunity to showcase Australia’s leading male and female professionals alongside some of our top amateurs. 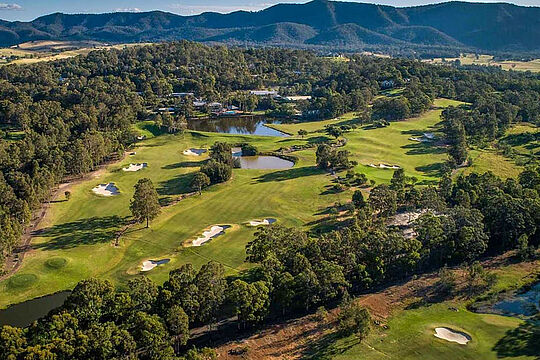 “Tournaments that showcase both men and women represent the future of golf and I am so proud that my home country of Australia is leading the way in promoting these playing opportunities,” said three-time major winner Jan Stephenson.

“As someone who grew up in regional NSW I understand what it means to host a tournament outside our major cities and I’m thrilled to serve alongside Jan as a host of TPS Hunter Valley,” added O’Malley, who is a five time Australasian PGA Tour winner.

“I’m humbled and excited to play a role in expanding the wonderful Webex Players Series events and give our hungry and ambitious future stars of golf an opportunity to reach their potential.”

TPS Hunter Valley joins the TPS Victoria and TPS Sydney tournaments that made their debut earlier this year.

Both men and women will compete against each other for a share of the $200,000 purse and PGA Australia are hoping to expand the Webex Players Series to as many as 10 events a year.

“In a difficult period for tournament golf the way the Webex Players Series has been embraced by players, fans and sponsors represents a major positive for the Tour,” said Nick Dastey, Tournaments Director Australasia for the PGA of Australia.

“We want to see this concept grow year upon year and to add TPS Hunter Valley in just our second year shows that this is a format people want to see more of in future.”